BUSAN, South Korea — The Philippines and South Korea signed Monday afternoon deals on social security, education, and tourism, among others, during President Rodrigo Duterte and Korean President Moon Jae-in’s bilateral meeting on the sidelines of the Association of Southeast Asian Nations-Republic of Korea (Asean-ROK) Commemorative Summit. 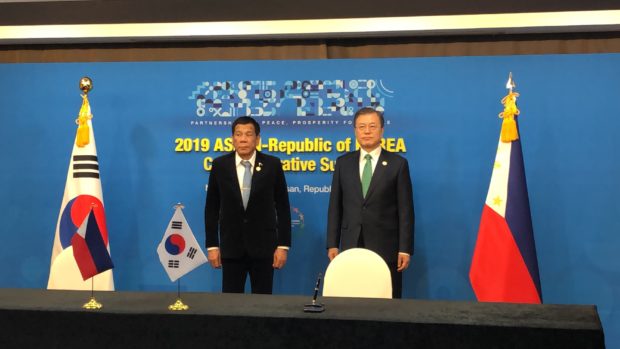 Duterte and Moon witnessed the signing of an agreement on social security, implementation program of the memorandum of understanding (MOU) on tourism cooperation, and a joint statement on the early achievement package of the negotiations on the free trade agreement (FTA) by respective department heads or ministers of each nation.

Two MOU on fisheries and education were also signed on the sidelines. 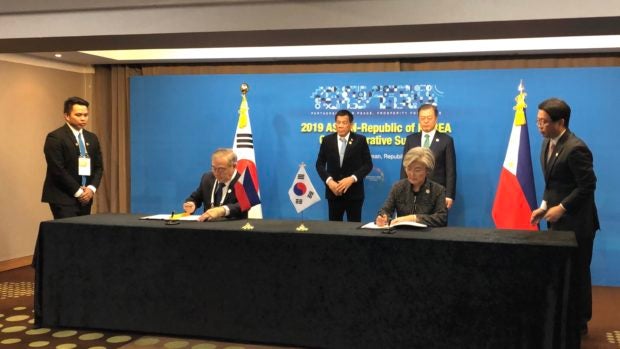 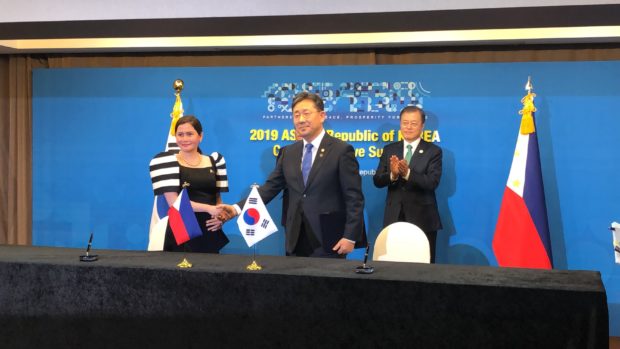 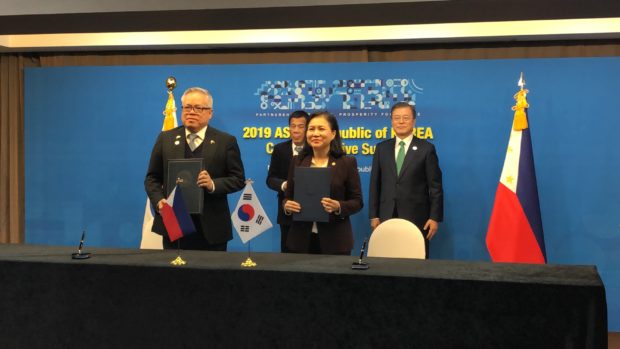 During Duterte’s opening speech, he thanked the Korean government for their 70 years of cooperation on areas like trade, industry, agriculture, infrastructure, and technology, as well as its $100,000 aid to Mindanao quake victims last month.

Moon, for his part, described the Philippines as “the future of Asean” as it “continues to achieve an impressive growth rate of 6 percent each year.”

The 30th Asean-ROK Commemorative Summit gathered from Monday to Tuesday leaders of the 10 Asean-member states to discuss three decades of partnership with Korea, as well as to tackle pressing issues.