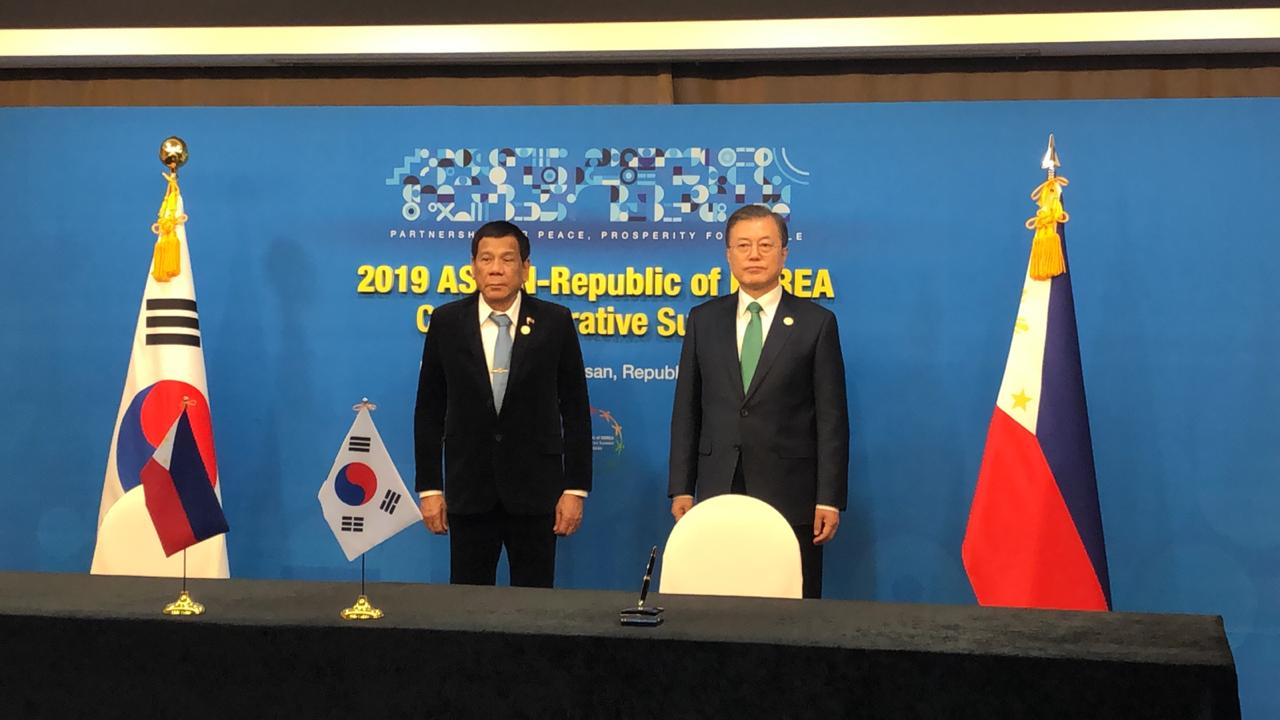 BUSAN, South Korea — South Korean President Moon Jae-in has described the Philippines as “the future of Asean” as President Rodrigo Duterte met him in a bilateral meeting here Monday.

“The Philippines is the future of Asean as it continues to achieve an impressive growth rate of 6 percent each year thanks to your outstanding leadership,” Moon said in his opening speech.

“Through our meeting today I hope to strengthen my friendship with you and extend our bilateral cooperation to contribute further to the development of Asean,” he added.

For his part, Duterte expressed gratitude to the Korean government for their 70 years of cooperation in various areas like trade, industry, agriculture, infrastructure, and technology.

Duterte said the two nations “took diverging paths and fortunes,” with South Korea rising “as one of Asia’s economic and technological powerhouse.”

“Ours faltered, but with perseverance, the Philippines has since recovered and is now an emerging economy,” Duterte said.

He further noted that South Korea was the Philippines’ 4th largest trading partner in 2018 as well as a major source of foreign and direct investments.

“I assure you that the Philippines will find common cause and purpose with the Republic of Korea towards enhancing our bilateral engagement and promoting peace and stability in your region,” Duterte promised.

This bilateral meeting is anticipated to result in the two leaders’ signing of agreements on education, tourism, social security, and fisheries.