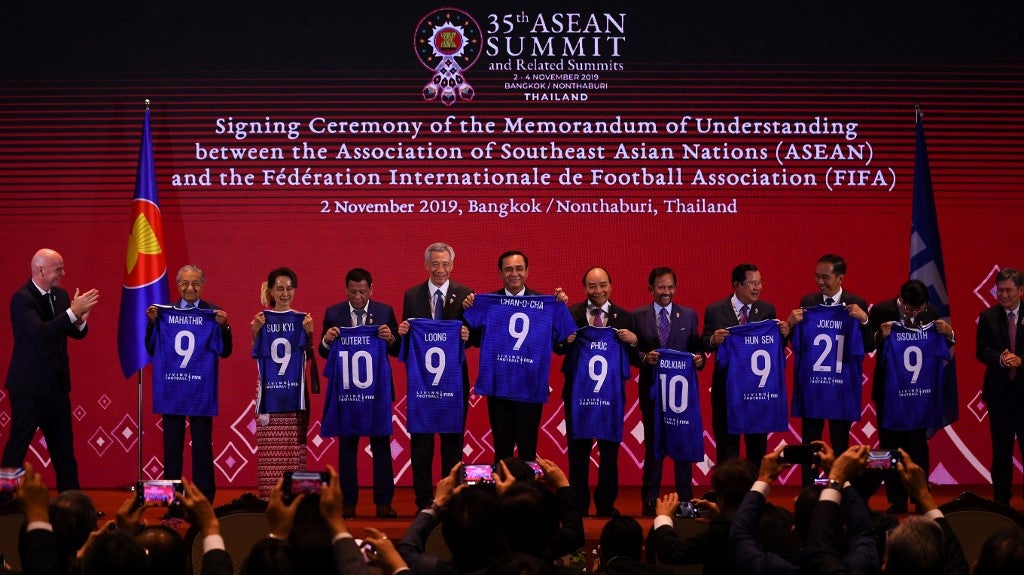 “The official photo of the President, easily accessible in the Facebook account of the Presidential Communications, immediately puts a lie to this sinister false news,” presidential spokesperson Salvador Panelo said in a statement.

Panelo was referring to Twitter account Professional Heckler which he said “uploaded a spliced video purportedly showing that President Rodrigo Roa Duterte did not receive a football jersey during the signing of a memorandum of understanding between the Asean and Fifa.”

It took a moment before Infantino was able to give Duterte his jersey.

(VOA uploaded a clearer video on YouTube but dyaraaaan…. it has been shortened. 🤣) pic.twitter.com/Gp7BCcW5jS

(When you were a child, you also felt this way. Everyone received a candy except you. You were in the verge of tears but you held back to prevent embarrassment.)

Panelo said this new “bogus” story proves the “campaign of hate” against the President will not stop until his last day in office.

“With this succeeding bogus news coming in the heels of the fabricated news story dragging Thailand’s monarchy, it becomes predictable that this vicious campaign of hate against PRRD will not cease until his last day in office,” Panelo said.

“The latest dirty political stunt underscores the obsession of PRRD’s foes to embarrass him and put him to ridicule at every opportunity presented to them,” he added.

Palace had also slammed an alleged report claiming the King of Thailand ordered Duterte to behave during the 35th Asean Summit.

“The popularity and the acceptance of the President by those who overwhelmingly voted him into office cannot however be eroded or diminished, no matter how these incorrigible whiners and nitpickers try hard to destroy him. The more they throw mud at him, the more he comes out clean and appreciated by the people,” Panelo said. /je