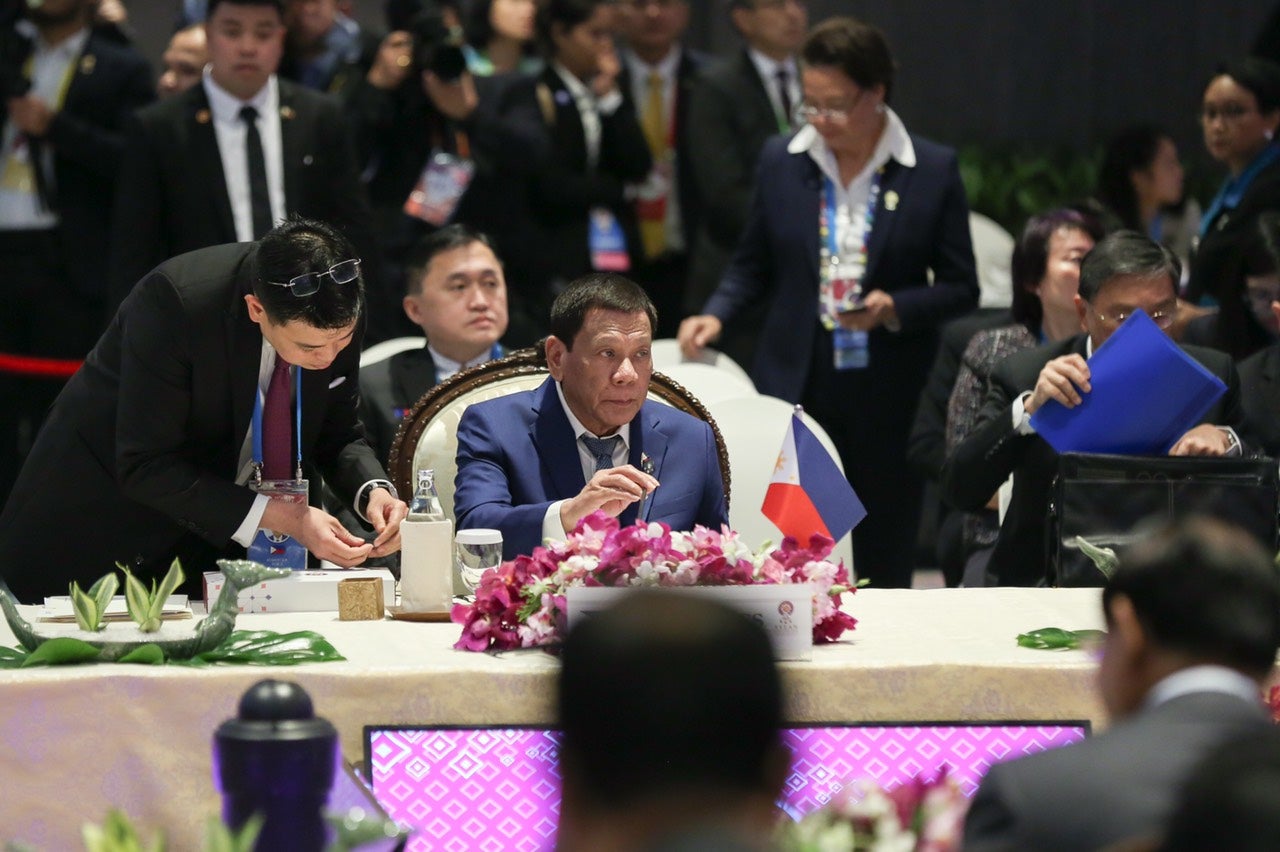 NONTHABURI, Thailand — President Rodrigo Duterte has appealed to Southeast Asian leaders not to sacrifice the environment in pursuit of progress at the 35th Association of Southeast Asian Nations (Asean) Summit.

Duterte, according to a Palace statement Saturday, called on the Asean “to ensure environmental sustainability and protect biodiversity in the region’s pursuit for development.”

“Asean should not sacrifice the environment and the region’s rich biodiversity, particularly in the maritime domain, in its quest for progress,” it added.

The President also called on the Asean for cooperation to combat marine debris.

“We must work together to address the problem of marine debris. And we must build resilient and stronger communities to adapt to the effects of climate change,” Duterte was quoted as saying.

The 10-member states of Asean adopted the Bangkok Declaration on Combating Marine Debris during the first round of the summit last June.

Under the declaration, the leaders vowed to “strengthen actions at the national level as well as through collaborative actions among the Asean Member States and partners to prevent and significantly reduce marine debris, particularly from land-based activities, including environmentally sound management.” /je