The President joined fellow Southeast Asian leaders on stage for the traditional handshake. 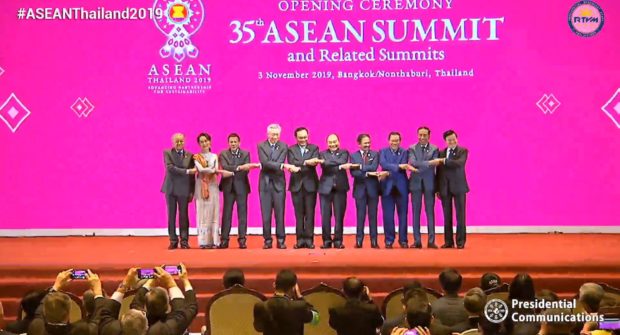 Duterte’s attendance to the 35th Asean Summit marks his fourth visit to Thailand after his visit in November 2016 to pay his respects to the late King Bhumibol Adulyadej, another trip in March 2017 for an official visit, and in June this year for the 34th Asean Summit. /je