DFA to Filipinos: Postpone travel to Iraq amid violent protests 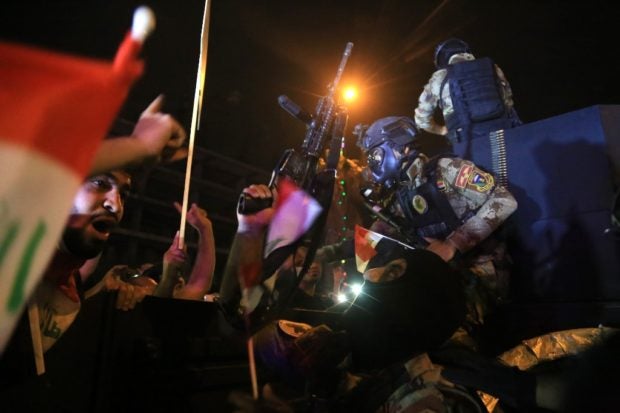 Iraqi special forces intervene to separate clashing protesters and security forces during an anti-government demonstration in the Shiite shrine city of Karbala, south of Iraq’s capital Baghdad on October 27, 2019. AFP

MANILA, Philippines — The Department of Foreign Affairs (DFA) warned Filipinos against travelling to Iraq which is being gripped by continuing violent protests.

In an advisory released Sunday night, the DFA said Filipinos should postpone non-urgent travel schedules to the Middle Eastern country.

“If the travel could not be delayed, avoid flights with early morning or late night arrivals in Baghdad, Basra, and the Kurdistan Region. Curfews are currently imposed in several cities,” DFA said.

The protests stemmed from calls for availability of jobs, improved electricity and water services, and an end to corruption.