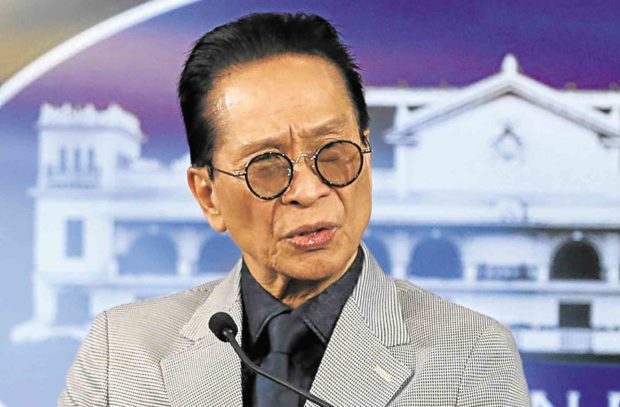 MANILA, Philippines — Leaders of different Asian countries extended their well wishes to President Rodrigo Duterte, who figured in a motorcycle accident last week that prompted him to cut short his Japan visit due to “unbearable” pain he was experiencing in his back.

Duterte witnessed the enthronement ceremony of Japanese Emperor Naruhito on Tuesday but decided to fly back to Manila that evening after experiencing pain in his spine, which Malacañang later said was due to back spasms.

The President was represented by her daughter, Davao City Mayor Sara Duterte-Carpio, in two Japan banquet held in honor of Naruhito.

“Other Ministers of Japan also expressed their get well greetings for the President,” Panelo said.

Myanmar’s State Counsellor Aung San Suu Kyi, according to Panelo, told the younger Duterte that the President “must be reminded that he is no longer a young lad and must avoid activities such as riding big motorbikes.”

Thailand Prime Minister Prayut Chan-o-cha also extended his well wishes to Duterte and even asked the Davao City mayor if she is joining the President’s trip to Thailand for the Asean Summit and Related Summits in November, Panelo added.

Photos earlier released by Malacañang showed Duterte-Carpio mingling with Prayut, Suu Kyi and Abe during the banquet on Wednesday night.

Meanwhile, Abass Chernor Bundu, Speaker of the House of Parliament of Sierra Leone, supposedly told the Davao City mayor that “Africa is closely watching Duterte” and his work in the Philippines.

“He said that President Duterte has the qualities of what a leader should be — firm and willful,” Panelo said.

Malacañang, likewise, thanked Mayor Duterte for “representing her father in the latter’s role as our head of state on behalf of the country with her grace, charm, and dexterity.” /jpv