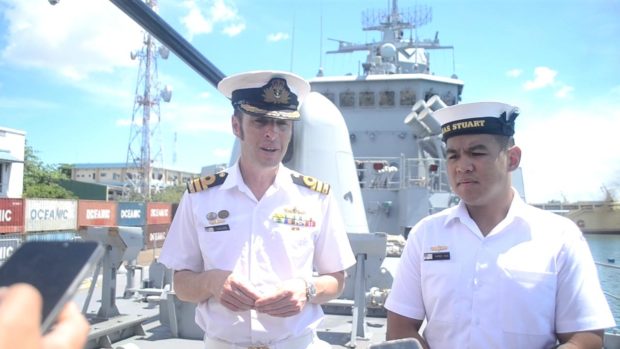 CEBU CITY –– Four Australian warships are in the Philippines for various activities, including military exercises, as part of their cooperation with their counterparts in the Philippine Navy and Coast Guard.

The frigate warships, including HMAS Stuart, HMAS Leeuwin, HMAS Sirius, and HMAS Ararat, participated in the recent commemoration of the Leyte Gulf Landing last Oct 20. They provided the backdrop in the reenactment event.

The Australian ships are expected in the upcoming commemoration of the Battle of Surigao Strait on October 25.

But before heading to Surigao, HMAS Stuart docked at the Malacanang sa Sugbo in Cebu City for a goodwill visit. The other ships are also in other ports around the Philippines.

The warship HMAS Stuart has 192 crew members, including seven with Filipino ancestry.

Two of the seven with Filipino heritage are from Cebu, including Able Seaman Jayne Lawson, an avionics technician whose mother is from Cebu City.

The other Cebuana is Able Seaman Mary Dibley who grew up in Malabuyoc town.

Seaman Darren Cruz, who is from Manila, was happy to have joined the Australian Navy. 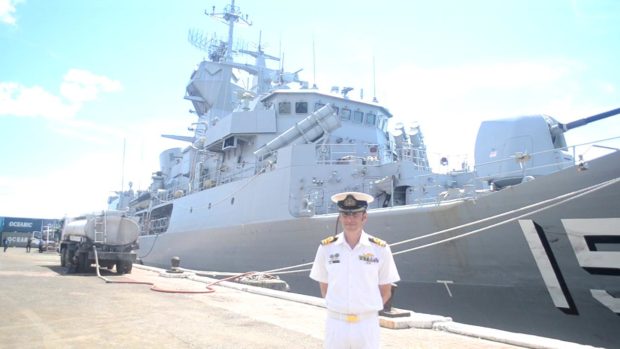 He described his stint at the Navy as a “dream job.” It has been nine years since he last visited the Philippines.

The warship also houses an MH-60R Seahawk Helicopter as part of its attack-and-defense system.

During their two-day stop in Cebu, the crew engaged with tours around the city’s historical sites.

HMAS Stuart captain, Commander Luke Ryan, said that aside from the commemoration activities, they would also engage in military exercises with the Philippine Coast Guard and the Philippine Navy.

He refused to reveal details of the activities but said these were part of the routine and cooperation between each other’s forces.

“We do not talk about our schedules openly,” Ryan said.

“While we are at sea, we will see ships from Philippine Navy and Philippine Coast Guard and we routinely cooperate and exercise as part of our busy schedules,” he added.

HMAS Stuart or FFH 153 is a long-range frigate capable of air defense, surface and undersea warfare, surveillance, and interdiction.

Australia has nine ships and two submarines scattered in East Asia, which routinely engage in exercises with their allies, including the Philippines, Japan, South Korea, Malaysia, and Indonesia, among others.