BREAKING: Duterte to clip Japan trip ‘due to unbearable pain’ from motorbike accident 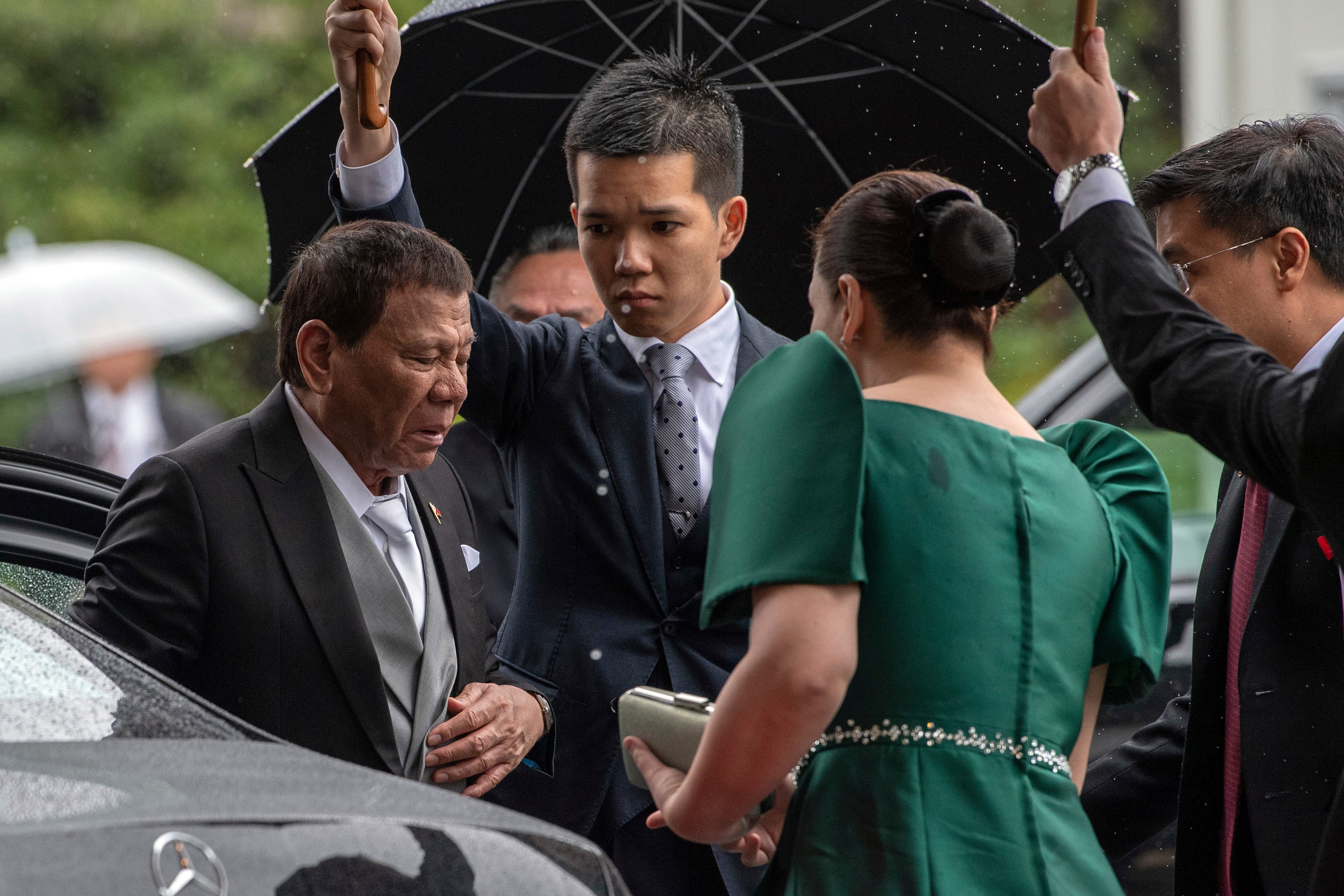 Philippines President, Rodrigo Duterte arrives to attend the enthronement ceremony of Emperor Naruhito of Japan at the Imperial Palace on Tuesday, Oct. 22, 2019 in Tokyo. (Carl Court/Pool Photo via AP)

“The Palace announces that the President will cut short his trip to Japan due to unbearable pain in his spinal column near the pelvic bone as a consequence of his fall during his motorcycle ride last Thursday, October 17,” presidential spokesperson Salvador Panelo said in a statement.

Panelo said Duterte would return to the Philippines early evening on Tuesday, October 22.

“[He] will see his neurologist tomorrow, October 23, for consultation,” Panelo said.

“The Chief Executive will thus have to miss the Emperor’s banquet this evening at the Imperial Palace and has requested Mayor Sara Duterte to represent him and attend on his behalf,” he said. 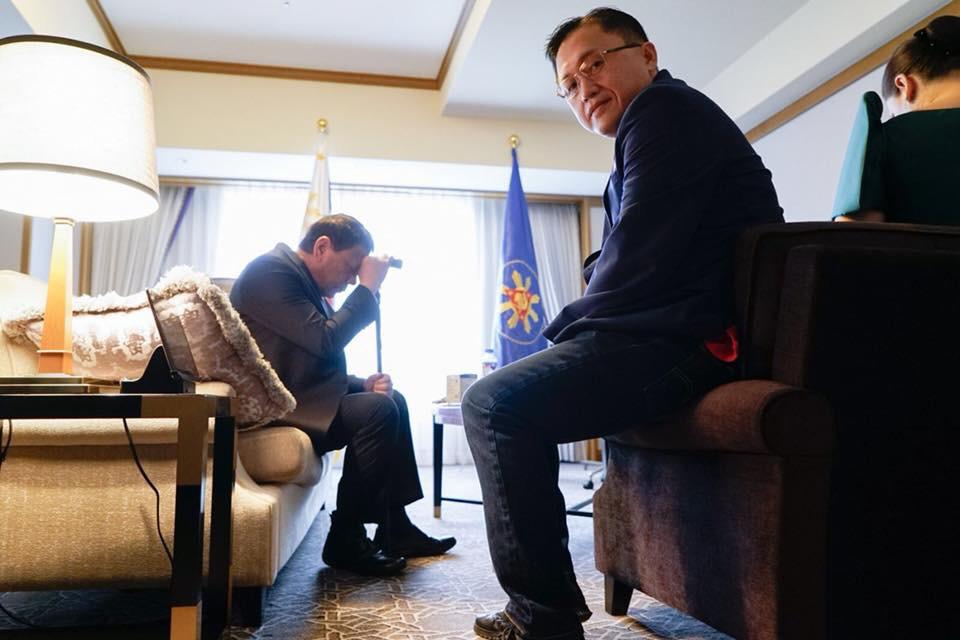 In this photo posted on Senator Bong Go’s Facebook page, President Rodrigo Duterte is seen clutching on a cane as he prepares to attend the enthronement of Emperor Naruhito in Japan on Tuesday, October 22, 2019. Photo from Bong Go

In photos sent to the media, Duterte was seen using a cane while he is in Japan to attend the enthronement.

“The Palace, however, confirms that the President has attended the enthronement rites earlier today, albeit carrying a cane to assist him in his walk,” Panelo said.

“While this was unforeseeable, the public can rest assured that there is nothing to worry as regards the physical health and condition of the President as he gives serious priority thereto in actively serving our country,” he added.

According to the Palace, Duterte was just slightly injured when he fell off his motorcycle last week as he went for a ride inside the Presidential Security Group compound. The Palace even assured the public that the Chief Executive was okay in spite of the accident. /kga