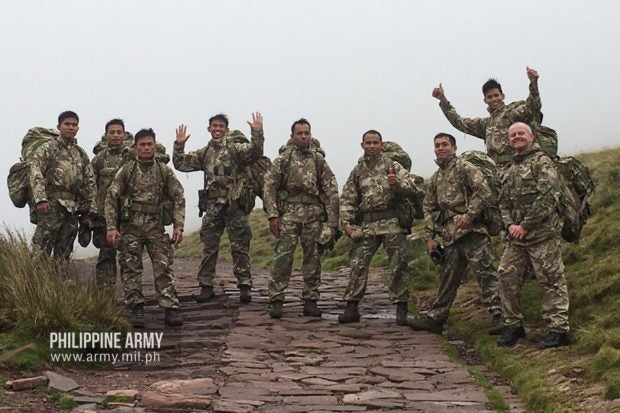 An annual event organized by the British Army, the Exercise Cambrian Patrol is touted as the world’s toughest patrol exercise.

The international exercise tests the basic soldiering skills, as well as qualities like leadership, teamwork, and physical fitness of the participating military units.

The eight-man Scout Ranger team was able to carry out various military operations despite extreme weather and terrain conditions.

Around 130 teams from different overseas military units joined the exercises for this year.

On Monday, the Scout Ranger team that bagged the award was recognized by Army chief Lt. Gen. Macairog Alberto in a ceremony at Fort Bonifacio in Taguig.

He said their accomplishment only proves the “world-class caliber” of the Philippine Army.

“The challenge now is to how to enable many more of our soldiers reach the skills of these awardees,” he said.