MANILA, Philippines — An overseas Filipino worker (OFW) in Taiwan thought he was suddenly back home after discovering something that hits close to home: a sign written in Filipino.

Ariel Gonzales Abalos took a photo of the sign with the Filipino phrase “Huwag maingay” (Don’t be noisy). He later uploaded the photo in a Facebook group. 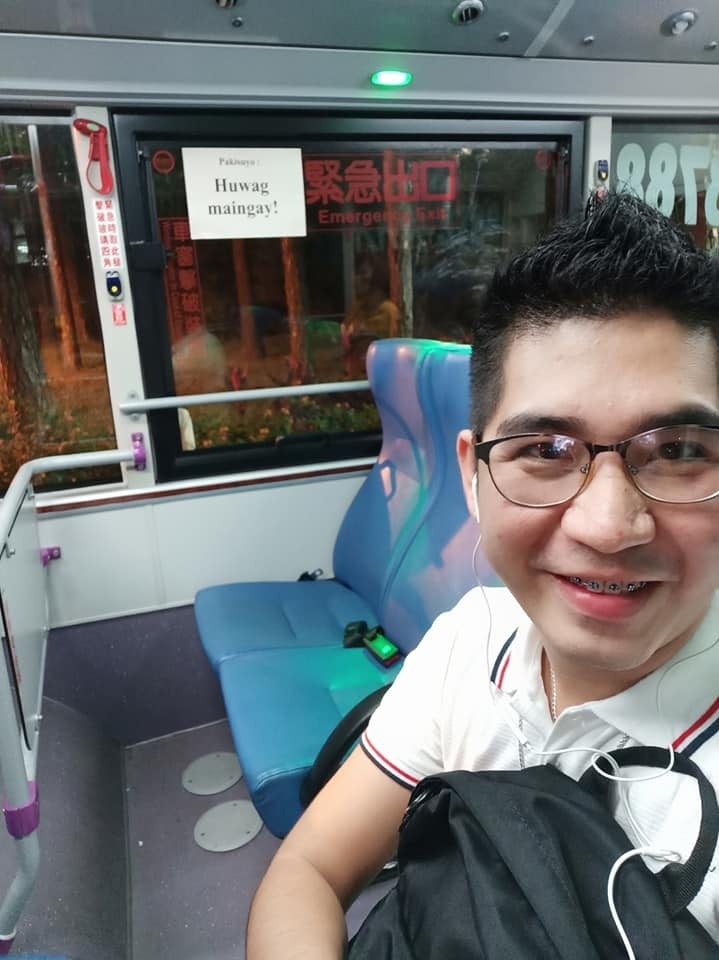 “Paalala po sa ating mga pilipino dito sa Taiwan. Nakakalungkot may Filipino word at Chinese translation pa,” Gonzales said as he reminded kababayans in Taiwan to be not too loud inside buses.

(A reminder to Filipinos here in Taiwan. It us sad that there are Filipino words, and Chinese translations too.)

Abalos said the sign was inside the bus he was riding to Zhongli.

(I was surprised because the sign was written in Tagalog with a Chinese translation. There are other nationalities herebut it was only addressed to Filipinos.)

Abalos’ post quickly became viral on the Facebook group, as it earned 1,400 likes and reactions and 318 shares as of this writing.  /muf