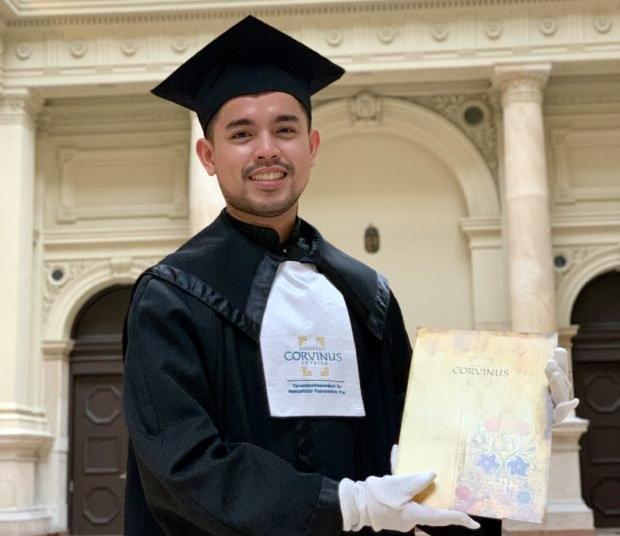 While many would think that studying abroad, especially in Europe, comes at a hefty price, Tangcalagan would tell you otherwise as he finished his degree as a beneficiary of a scholarship program.

Tangcalagan learned about Erasmus+, a scholarship program formerly known as Erasmus Mundos, from one of the delegates at a conference he attended abroad.

“There was an Indonesian delegate there, she applied for Erasmus for two years already and she gave me the website,” Tangcalagan said in an interview with INQUIRER.net.

“So when we went back to the Philippines, I asked my mentors, my advisors that I met from work — like advice, some of their recommendations regarding applying for studies abroad. I also asked people to write my recommendation letter,” he added.

The scholarship covers tuition fee, annual travel allowance, establishment allowance to help scholars in their adjustment period in a foreign land, and a monthly contribution cost, which includes accommodation.

During the application, applicants are allowed to select three education programs. Should they be accepted in all three, they will have the option to select which program they would like to enter.

Tangcalagan was accepted under the Erasmus Joint Masters Degree in Comparative Local Development in May 2017, a two-year program where he would study in one university in a European Union (EU) country every semester.

He also finished his first master’s degree in health social science at the De La Salle University in 2013, where he was also a scholar. 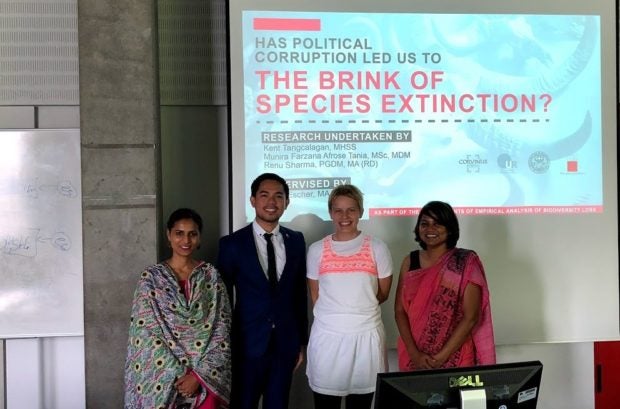 Filipino scholar Kent Tangcalagan presents one of his research outputs in one of his classes at the University of Regensberg in Germany during the second semester of his masters degree.

He admitted that a sense of “culture shock” set in during his first few months studying overseas.

“Since our program was on the development sector, we got to talk about social, economic, and political issues in class. In my case I got shocked because there are very differing opinions on different things,” he added.

But instead of seeing the cons of being surrounded by varying perspectives, especially on the complex topic of his program which is development, Tangcalagan saw it as an opportunity to challenge his own views.

“There was a sense of ‘culture shock’ at first but when you go through it after a few months, you get used to it and you see how advantageous it is and how beneficial it is for you,” he said.

Tangcalagan said that being a student in Europe was very convenient, but this also came with living away from your family for some time.

“You are away from the traffic that we have here in Manila. The public transport is very convenient. It’s very cheap for students because as a student you get to have a transport card so you can travel easily in different cities,” Tangcalagan said.

“It is also fairly cheap to travel across countries because we have this student resident’s permit so it allows us to cross different borders, we get to visit other countries during breaks,” he added. 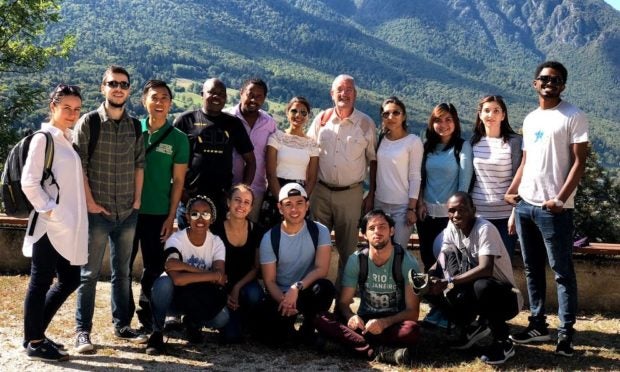 Tangcalagan (center, seated) travels with his classmates and the head of the scholarship program in Italy in the area of the University of Trento in Italy.

As per the education system, he narrated that there are more than 15 professors per subject. The professors came from different areas in the world, which helped in providing different perspectives in the context of development.

“That’s also very beneficial because some of our professors come from different countries, even outside Europe so we get different perspectives on our subject matter which is development,” Tangcalagan said.

“You get to hear about development projects that they implemented in Africa, or in the US, or Latin America, also in Asia. You get to discuss different things with people who really implemented these projects so for me, it is one of the parts of the European education that makes it very unique… That’s also another aspect of the diversity that Europe provides in terms of education,” he added.

More than education, an added bonus

In his last semester, Tangcalagan did his internship at a research institution called Max Planck Institute for the Study of Societies in Germany before working on his thesis and defense.

Every semester, they are shown their grades. So when he saw that he is getting excellent grades from his courses, Tangcalagan pushed himself to strive for something bigger — finishing his degree with flying colors. 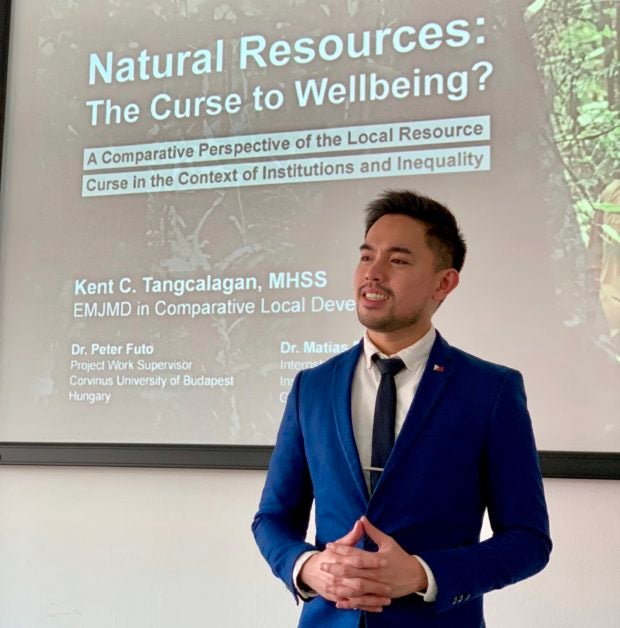 Tangcalagan presents his thesis titled, “Natural Resources: The Curse to Wellbeing? A Comparative Perspective of the Local Resource Curse in the Context of Institutions and Inequality” to complete his masters degree.

But for him, it was only an added bonus as his mere goal was to make the most out of his experience.

“My goal was to make the best out of the scholarship. AS a scholar, I feel I was very privileged and honored to be studying in Europe. I am not spending any money, it’s the European taxpayers’ money that I was using for my education so I felt like I have the responsibility to make the best out of the education and scholarship that I am getting,” he said.

“Also I wanted to make my family and friends back home proud and even my colleagues at work since I left the Philippines for this education so at least by the end of the program there is something — this is what I did,” he added. 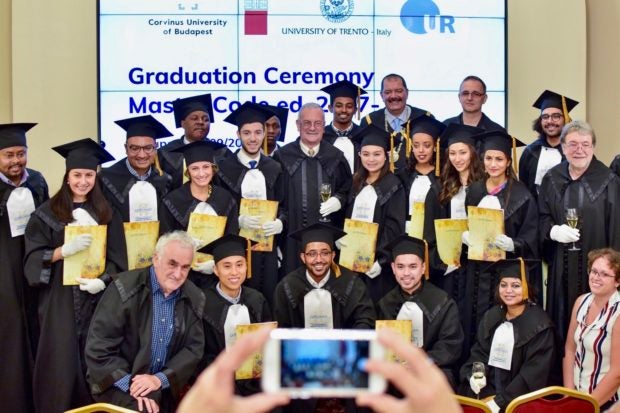 His advice to those who want to have the similar experience as his and study abroad?

“Forget about all your doubts, don’t be afraid to try.”

Scholarship program of the EU

According to Thelma Gecolea, the public affairs officer of the EU Delegation to the Philippines, Erasmus+ is the scholarship and mobility program of the EU that is managed by the European Commission.

Under the program, masteral and doctorate students from third world countries such as the Philippines are offered the chance to study in two to three EU member states.

As of 2019, there had been over 400 Erasmus scholars from the Philippines, 66 of whom were accepted this year.

“The Philippines has been ranking first in Southeast Asia in terms of scholars’ intake for the past three to four years,” Gecolea told INQUIRER.net.

Information about higher education opportunities in the EU are discussed in gatherings such as the European Higher Education Fair (EHEF).

Gecolea said that during EHEF, representatives 48 universities from the EU will be in attendance to inform the public about the advantage of “learning in a borderless Europe.”

In this year’s EHEF, universities from Austria and Finland will be participating in the event.

“There are advantages of immersing in the EU’s charming past and the cutting-edge technology of the future,” Gecolea said.