globalnation / Europe
Europe
SELFIES ON THE WAY TO MOSCOW

She’s back, all right: Mocha on Duterte trip to Russia 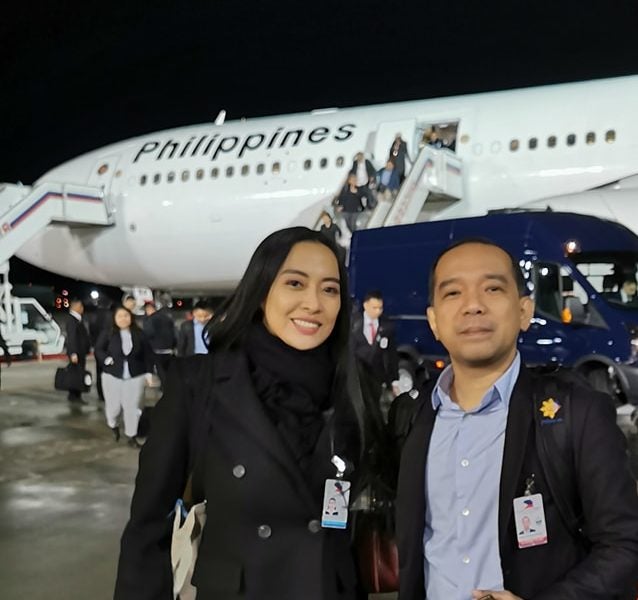 MOSCOW — Mocha Uson trumpeted her return to the presidential circle on Tuesday, a year after being hounded by controversy over bad taste out of her Malacañang job as assistant presidential communications secretary.

Uson joined President Rodrigo Duterte and the Philippine delegation on a chartered flight to Moscow for a five-day official visit to Russia.

Before the flight left Manila late on Tuesday, Uson posted on her Facebook page a selfie with the President and Sen. Bong Go, a former aide to the President, on the plane.

She posted another picture of her on the tarmac after the presidential plane’s arrival in Moscow in the wee hours of Wednesday. Moscow is five hours behind Manila.

Uson quit her job at the Presidential Communications Operations Office (PCOO) in October last year under intense fire from the public, which she had angered with a video on federalism that critics slammed as lewd.

A blogger who supported Mr. Duterte’s presidential campaign, Uson first served on the Movie and Television Review and Classification Board, where she worked for only four months before moving to the PCOO.

After being run out of there by the public, Uson aimed for a seat in the House of Representatives.

She signed up as first nominee of a party list group that advocated for sustainable development.

Malacañang announced her return to the government on Monday as deputy administrator of the Overseas Workers Welfare Administration (Owwa).

Her appointment immediately drew fire from a party list lawmaker and several labor groups, all of whom questioned her eligibility, as she had not yet cleared the one-year ban on government jobs for electoral losers.

The Commission on Elections, however, said she was not covered by the one-year appointments ban because party list nominees were not considered candidates.

Other than saying 15 Cabinet members were traveling with Mr. Duterte, Malacañang did not announce who else were part of the President’s entourage on his second visit to Russia.