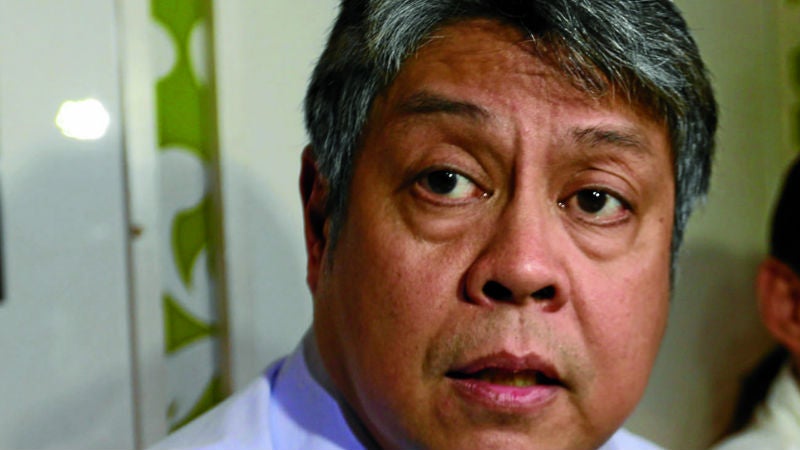 MANILA, Philippines — Senator Francis Pangilinan thinks that the US Senate panel’s approval of a bill seeking to ban entry of Philippine officials, involved in the “unlawful” arrest of Senator Leila de Lima, into America was not an attempt to interfere in the internal affairs of the Philippines.

For Pangilinan, the US lawmakers’ decision was just “an act of solidarity” to De Lima’s stand against the Duterte administration’s bloody drug war, which allegedly claimed the lives of thousands.

“We do not consider the US Senate’s action as interference in the affairs of a sovereign state. Human beings everywhere – regardless of ethnicity, nationality, class, religion, or gender – must speak out against mass murder,” Pangilinan said in a statement Friday.

“We welcome this move of the US Senators, an act of solidarity not only for Sen. Leila de Lima but for all the murdered victims, and their orphans, widows, and mothers and fathers, who are now doubly burdened by the absence of a loved one and in many, many cases a family breadwinner,” he added.

Earlier, it was reported that a US Senate committee has approved an amendment to a bill to prohibit Philippine officials from entering America if they are deemed involved in the so-called “politically-motivated” arrest of De Lima.

US Senator Richard Durbin, who proposed the amendment along with fellow Senator Patrick Leahy, welcomed this development in a tweet.

“Good to see the Senate Appropriations Committee pass my amendment with @SenatorLeahy (US Senator Patrick Leahy) today to prohibit entry to any Philippine Government Officials involved in the politically motivated imprisonment of Filipina Senator Leila de Lima in 2017,” he said.

De Lima, one of the most outspoken critics of President Rodrigo Duterte, is currently detained at the Philippine National Police (PNP) Custodial Center in Camp Crame over drug-related charges.

She is accused of receiving payoffs from drug lords inside the New Bilibid Prison, an attached agency of the Department of Justice.  De Lima was a justice secretary under the administration of former President Benigno S. Aquino III.

De Lima and her allies have repeatedly sought for her freedom, as well as for her to be allowed to join Senate hearings and sessions through teleconferencing.

“We are encouraged that a growing number of world leaders recognize the unjust detention of Sen. Leila De Lima for fighting for the lives of our people,” Pangilinan stressed.

“This US Senate action, as well as the Iceland UN resolution, shows that we are not alone in this fight,” he added. /kga