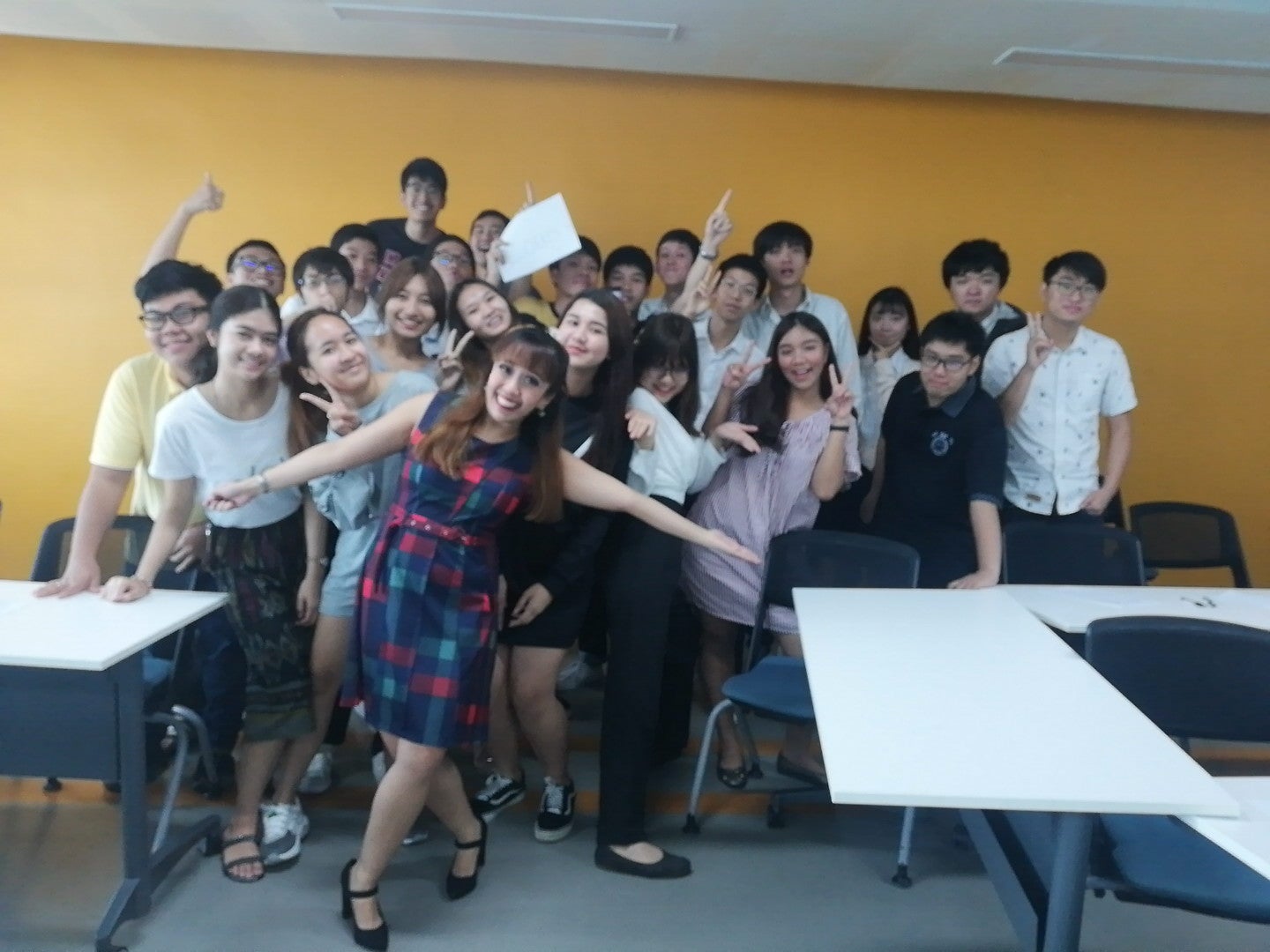 Last Aug. 29, this message came to me: “Good morning ma’am, I was hired to teach in Hanoi, Vietnam next week. Thank you for inspiring me to teach abroad.”

It was from Michaella Ricarte, one of dozens of education graduates who interviewed me in 2017 about teaching abroad as part of a subject on the 21st century teacher.

After passing the board exam in 2018, Michaella briefly taught in a private school in the Bicol region but a heavy workload and low pay proved to be too heavy a weight on her. At 22, she was burnt out.

I felt guilty that I played a role in her decision to work abroad which I knew she was bound to do, however, because exporting labor has become a way of life since the late dictator Ferdinand Marcos made it part of government policy starting in 1973. 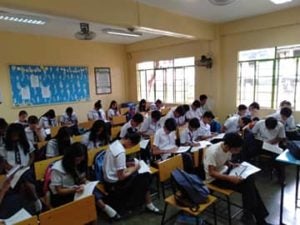 A typical classroom in the Philippines (PHOTO BY JOHN MICHAEL MIRRALES)

I have been teaching in Thailand for 10 years, spending the better part of my productive years teaching basic English to Thai learners. As an adjunct lecturer at the Philippine Christian University Transnational campus in Bangkok, my students are of different nationalities. I had become a global teacher, a 21st century teacher relying on technology, having a lighter workload, going through professional development and having a better financial status.

There are 880,000 public school teachers in the Philippines in 2018 according to the Department of Education (DepEd). In 2019, 27.7 million students are enrolled. Of this, 23.5 million are in public schools. With a staggering number of students, the teacher-student ratio is also growing less ideal—1 teacher per 31 students, according to the DepEd, for elementary; 1 is to 36 for junior high school and 1 is to 31 for senior high.

In Parang High School in Marikina City, high school teacher John Michael Miralles said the average number of students is between 45-50. The standard classroom size in public secondary schools is 7m x 9m regardless of location and class size. 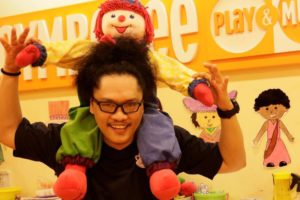 Mervin Tapleras in his classroom in China (PHOTO BY MERVIN TAPLERAS)

The monthly basic pay of a public school teacher in the Philippines is P20,754 while in private schools it is roughly P12,500. Some even pay lower or higher depending on the school. The pay scale varies in higher educational institutions where instructors are paid per hour. But the salary could hardly cover rising cost of basic needs and expenses.

Despite his promise to increase public school teachers’ salary, President Rodrigo Duterte prioritized doubling military and police salaries because of their importance in “ensuring national security’. Teachers’ groups are demanding a P10,000 a increase per month, but Duterte hedged, saying it was difficult to raise funds for the demand with the sheer number of teachers.

In a report of the International Labor Organization (ILO) from January to July 2017, an average of 5,000 Filipinos have been leaving the Philippines daily. The figure does not identify the employment of the migrants. Each has his or her reason for leaving. 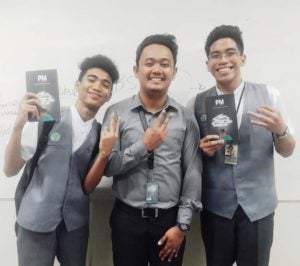 Kemuel Buitizon, from Bicol, is a 26-year-old teacher in an international school in Dubai. He has been teaching overseas for a year now. He recently finished a teaching course in England and had taught in two public schools in Camarines Sur for four years.

“I thought I can change the rotten education system. If I did not detach myself from the system, my priorities would be promotion and earning, instead of teaching and learning. In my workplace now, these go together,” Buitizon said.

Gerald Atchaso was one of the pioneering senior high school teachers in the Philippines. After four years of teaching, he left last year to teach in Thailand. 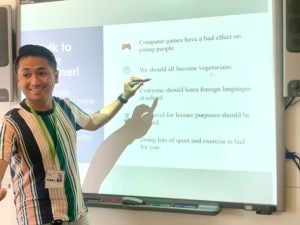 “Meager compensation is just the second reason. If you’re new in the system, you need to wait before you can step up the ladder,” Atchaso said.

In China, Mervin Tapleras has been teaching music and arts to toddlers in a private school in Shaanxi Province for the last 10 years. Despite the cultural differences, he said he will stay there as long as he can.

Gerome Dela Pena, a 24-year old teacher at the Our Lady of Fatima University- Antipolo City teaches Filipino subject to around 400 students. In between teaching, he writes poetry. Although he admits being overworked and underpaid, he chose to stay.

“I’m not giving up on the students who are depending on me. Who would love the Philippines if all of us got tired and gave up? I remain to help in transforming the educational system, but I can’t do it alone. Being a teacher is my contribution to the development of the country,” Dela Pena said.

Miralles agreed. “I teach because the current generation’s learning is crucial in nation-building. Not everyone is as politically participative as we used to. We need to open their hearts and minds on the condition of the society,” Miralles explained.

He added: “Our salary may not be as fulfilling as other jobs but what’s so good about teaching is touching and changing lives.”

Unlike in the United States where foreign teachers can have a chance to become a citizen, those of us working in the Middle East, Thailand, Vietnam, and China can never acquire citizenship no matter how long we stay in our host countries.

By not keeping its promise to increase teachers’ salary, the government encourages migration.

In fact, the Philippine Overseas Employment Administration allows recruiters to target teachers for overseas deployment. Last March 12, the DepEd said, the Ministry of Education of Thailand proposed a memorandum of understanding for the employment of Filipino teachers in Thailand. In 2018 Labor Secretary Silvestre Bello III took pride in a bilateral agreement between the Philippines and China that would admit Filipino English teachers in China.

On a positive note, the Philippines receives monthly remittances that sustain the purchasing power of migrant Filipino workers’ families. By May 2019, OFW remittance rose to $2.9 billion. If we ever return, there could be some use for the skills and knowledge we gained abroad.

Last Saturday, I went to Bangkok to meet with Michaella. She was applying for a business visa in Vietnam while awaiting her work permit. Armed with determination, a teaching degree and English skills, she is joining the diaspora of millions of Filipinos seeking to survive and land on greener pasture.

As we parted ways, I simply told her: “Ingat ha.” She gave a brave smile./tsb

Read Next
Tolentino wants ‘all Filipino songs’ aired near West Philippine Sea
EDITORS' PICK
How not to retire as an ex-president
House energy committee chair Arroyo bats for cheap electricity
Hidilyn Diaz wins only gold missing from her collection
Lawmakers eyeing more changes in Maharlika plan
Shop smarter with vivo’s big 12.12 holiday deals
The vivo Y02 is now available in the Philippines for only PHP 5,299
MOST READ
Don't miss out on the latest news and information.