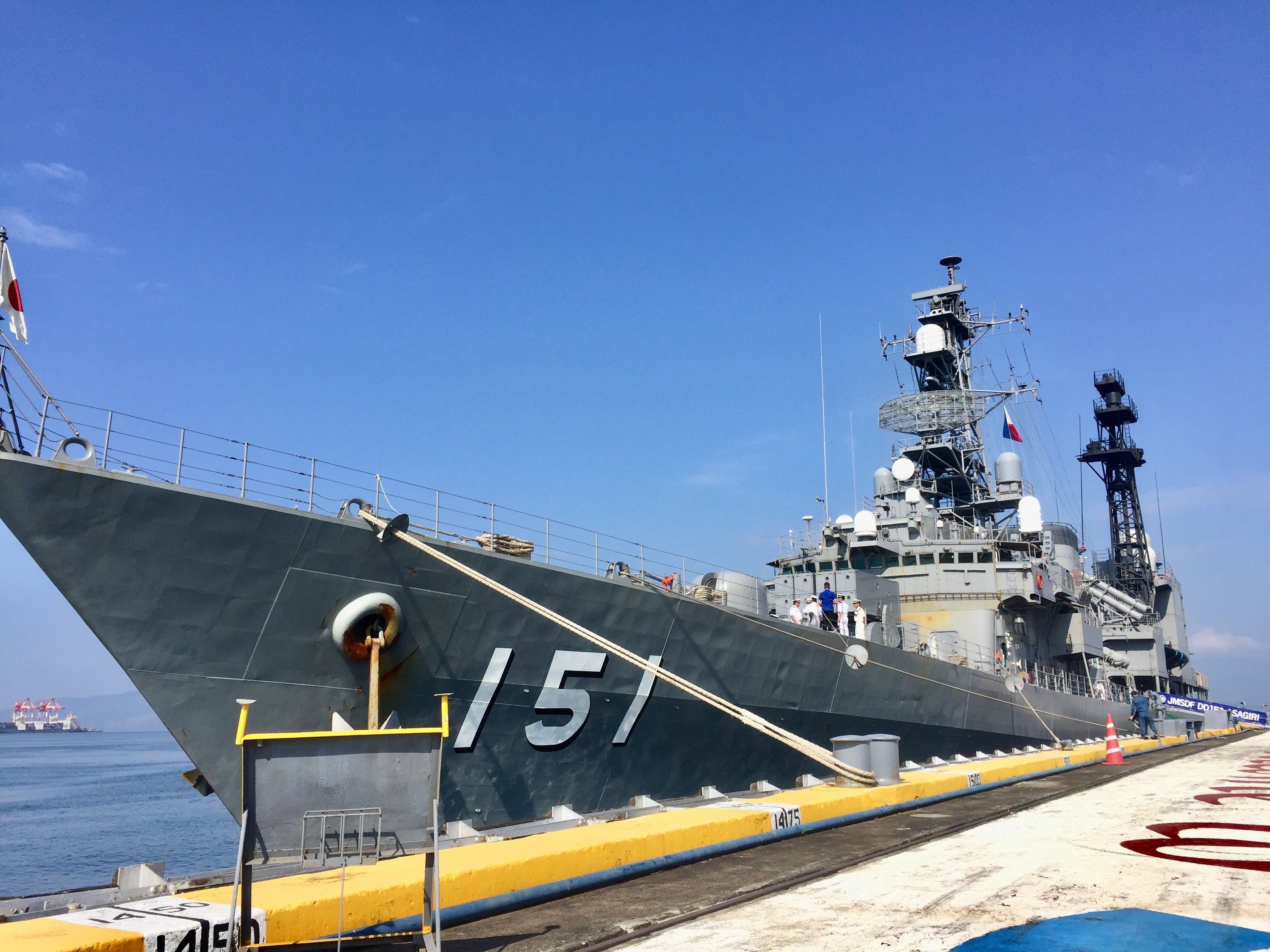 Asagiri (DD-151)from the Japan Maritime Self-Defense Force (JMSDF) docked at the Alava Pier inside this free port at 8 a.m. on Tuesday.

The Japanese vessel, which also carried a helicopter, was welcomed by delegates from the Philippine Navy headed by Capt. Mardonio Navarro, director of the Naval Safety Office.

Asagari is the front-runner of eight JMSDF general-purpose destroyers that are tasked mainly with anti-surface and anti-submarine warfare.

During their stay here, the Japanese navy force will visit the Naval Education, Training and Doctrine Command in San Antonio, Zambales to and will pay a courtesy call on Rear Adm. Allan Ferdinand Cusi, chief of naval staff.

This visit came a day after two Japanese minesweepers concluded their goodwill visit in Manila and marked the seventh time they visited the Philippines this year. /lzb