globalnation / Philippines
Philippines
FOR THOSE AFFECTED BY DRUG KILLINGS 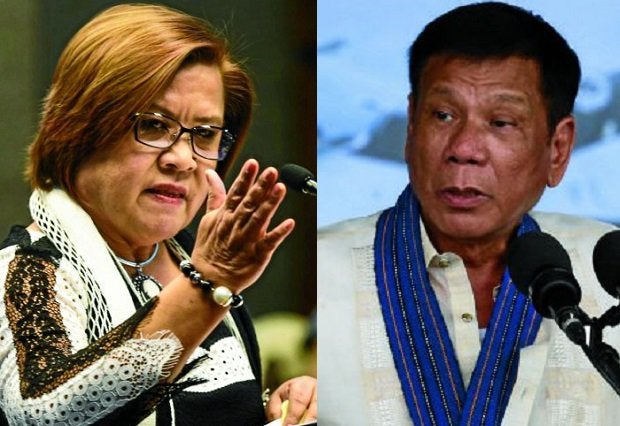 MANILA, Philippines — Sen. Leila De Lima on Saturday called President Rodrigo Duterte “heartless” as she condemned the alleged order to refuse grants and aid from other countries that voted to approve a United Nations Human Rights Council (UNHRC) resolution calling for an investigation into the Philippines’ drug war killings.

De Lima said the President would rather lose aid from countries that wish to help the Philippines rather than stop the alleged extrajudicial killings linked t0 his administration’s controversial war against drugs.

[The poor are being killed in the daily tokhang operations. And now they are being denied aid that has long been benefiting our poor countrymen.]

The Inquirer earlier reported that a confidential memorandum dated August 27 from the Office of the President ordered a suspension of all negotiations or signing of all loan and grant agreements with the countries that voted in favor of the UNHRC resolution last July 11.

China voted against the resolution.

“This heartless President rather prefers onerous loans from China, simply because China supports his murderous policies at the UNHRC and in the international arena, without questions asked,” De Lima said.

“For Duterte, it is better to bury the country in debt with billions in Chinese loans, rather than benefit from free aid and grants from countries, who just happen to also ask for a stop to his murderous drug war,” she added.

[We are borrowing from China so that Duterte can continue killing the poor, so that our rights and welfare will be trampled on without continuously.]

[The poor are being fried in their own grease. Nobody else will pay for our debt to China except the poor people that Duterte is killing.]

But the Palace has denied the said order.

“The President has not issued any memorandum suspending loans and negotiations involving 18 countries that voted in favor of the Iceland resolution,” presidential spokesperson Salvador Panelo said.