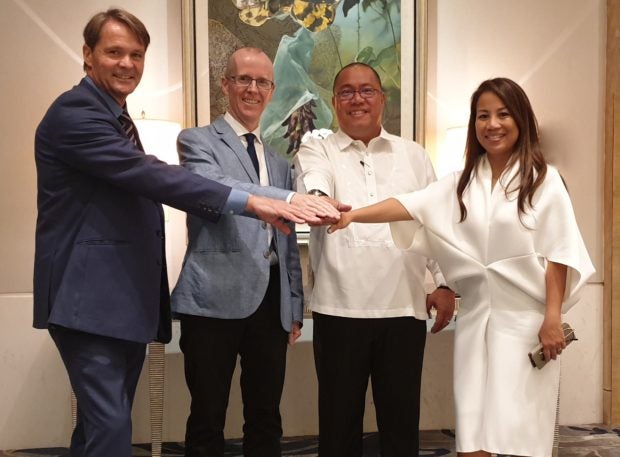 Globe announced its partnership with Optical Media Board (OMB), and Asia Video Industry Association’s (AVIA) Coalition Against Piracy (CAP) at the 1st Industry 4.0 Summit to educate the public through #PlayItRight against the proliferation of Illicit Streaming Devices (ISDs) in both online and retail markets.

ISDs are set-top boxes or Android TV boxes are configured to allow consumers to stream pirated content from illegal streaming servers. Configuring set-top boxes in this way allows the consumer to access to pirated TV channels, live sports, channels and movies for the one-off price of the device and often a yearly subscription to access content – with revenue going into pockets of criminal syndicates and individuals all benefiting from spoils of such a crime.

Globe Vice President for Content Portfolio & Partner Management Jill Go said that the sudden popularity of ISDs to access pirated content for both online retail channels and physical stores is very alarming. “We are now collaborating with OMB, AVIA, and CAP to aim Globe’s anti-piracy program, #PlayItRight to educate the public against ISDs. The consumers and even some distributors of ISDs may not be aware that the device is illegal,” Go revealed.

Globe launched #PlayItRight, an anti-online piracy awareness campaign with an objective to educate its customers on illegal content consumption to protect the Filipino family, Local Entertainment Industry, Globe Network, Global Content Partners and its content creation. The campaign also makes consumers aware that piracy websites can be hotbed for malware.

CAP General Manager Neil Gane said that a new study commissioned by AVIA about the content viewing behavior of Filipino consumers revealed that 34% of consumers use an ISD to stream pirated television and video content. “We are supporting Globe’s #PlayItRight campaign to counter the surge of ISDs among Filipino consumers. The YouGov research found that a staggering two thirds (66%) of online Filipino consumers have accessed streaming piracy websites or torrent sites,” Gane added.

OMB Chairman and CEO Atty. Anselmo Adriano emphasized the need for collaboration between government, private sectors and cause-oriented organizations to create awareness against ISDs and pirated content. “We need to work together in order to make consumers and distributors aware that ISDs are illegal under Republic Act 9239,” Adriano said.

In 2016, it opened Globe Studios which co-produced movies – All of You, Goyo: Ang Batang Heneral, and Birdshot, the first Philippine content released both locally and internationally on Netflix.