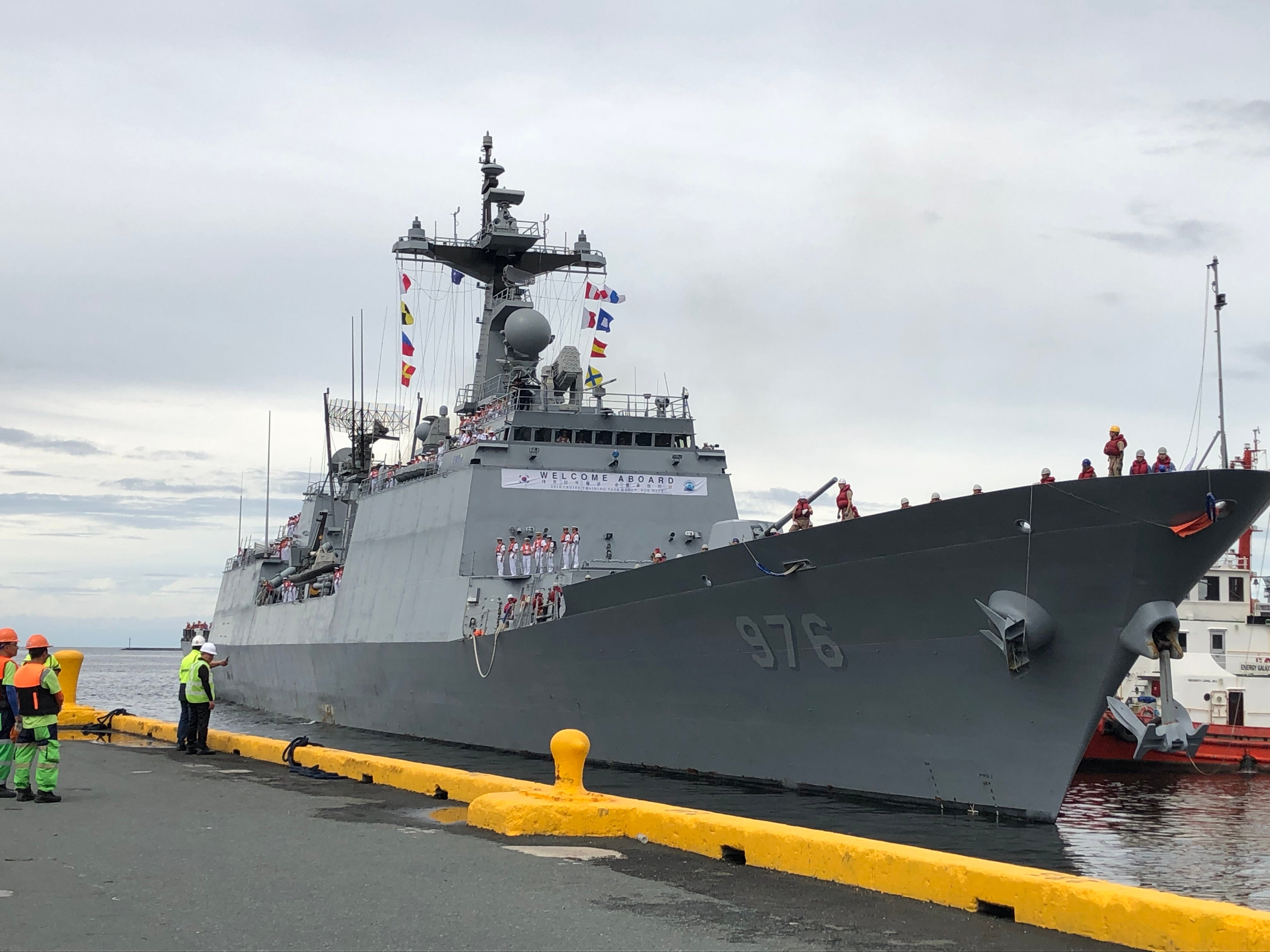 MANILA, Philippines — Ships of the Republic of Korea Navy (ROKN) sailed into Manila for the first time since ties between the two countries were established seven decades ago.

The Philippines is the first stop of the ships, which aim to drop anchor in 14 ports and 12 countries.

NOW: Ships of Republic Korea Navy sail into Manila for the first time. ROKS Munmo the Great (DDH-976) and ROKS Hwacheon (AOE-59) are here at Pier 15 for a 3-day goodwill visit pic.twitter.com/Ai95WXomnj

The Korean contingent is composed of 600 Navy personnel and 100 cadets.

There are scheduled shipboard tours, sports events, and joint performances at Luneta Park throughout the visit.

“The presence of the two Korean vessels today in our country underscore the continuing effort of the two countries to strengthen the relationship of the two governments and the two navies,” said Commo. Rey dela Cruz, the commander of Littoral Combat Force who led the welcome for the Korean visitors.

Aside from decades of diplomatic relations, both countries also go a long way in the military aspect. The Philippines was the first Asian country to send its soldiers to defend South Korea against communist forces during the Korean War in the 1950s.

“The Republic of Korea Navy will forever remember the noble sacrifice of the Philippine forces,” Yang said at the arrival ceremony, which was attended by Korean ambassador to Manila Han Dong Man.

The security ties between the two countries still continue to advance, as South Korea is one of the Philippines’ partners in defense equipment, with the procurement of big-ticket items like trainer jets, frigates, and possibly new corvettes.