2019 is one of the worst years for dengue outbreaks. Scientists and officials looking for new ways to use data to predict the deadly disease.
Asia News Network / 02:31 PM August 26, 2019 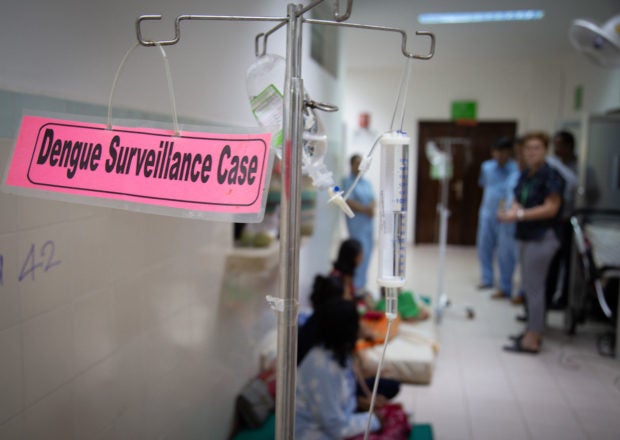 BANGKOK — In the Philippines more than 622 people—most of whom are children under five years old—have died from dengue so far this year.

The country is seeing more than 5,100 new cases each week. In at least one province, tents are serving as makeshift treatment centers to deal with the crush of patients. The Philippines declared the outbreak a National Epidemic in August.

In Bangladesh, the dengue outbreak is the country’s worst ever.

The sheer number of dengue patients—some days there are more than 2,000 new cases in just a 24 hour period—is placing immense strain health systems. There’s been a shortage of the quick-test kits that are able to detect early stages of dengue. Demand for blood and platelets is reportedly outstripping the supply at many donation centers. 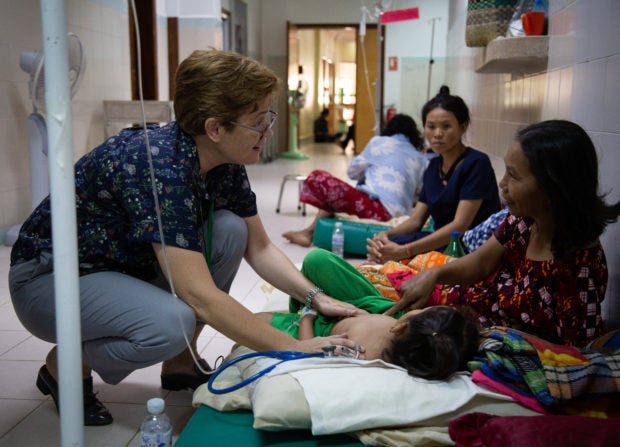 In Cambodia, representatives of one hospital say the outbreak has the potential to be the worst they have seen since the hospital opened 20 years ago.

Angkor Hospital for Children has treated more than 2,937 dengue patients thus far in 2019—42 percent more than the same time in 2012, which was previously the hospital’s worst dengue year on record.

And the cases are more severe than normal.

“But this year, more than 50 percent of cases have been hospitalized. We have seen more serious cases than ever,” he added.

The hospital is running out of room for patients, and has resorted to setting up mattresses on hallway floors.

Not all dengue years are this bad. One of the key hallmarks of the disease is that peak outbreak years come in cycles, usually around 3-4 years apart. But, scientists don’t fully understand why that is or, even more crucially, how to predict when and where a major outbreak is coming.

And that means that even where dengue has long been endemic, places like the Philippines, Bangladesh, and Cambodia can be caught off guard.

That’s partly to do with the unique ways the dengue virus works. But it’s also partly because of issues with our data collection: to predict dengue, we need better data and more of it. 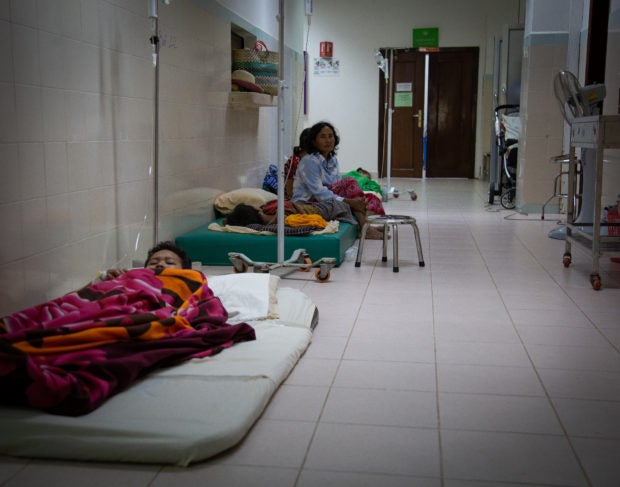 Richard Maude is the head of the Epidemiology Department at Mahidol-Oxford Tropical Medicine Research Unit. His Bangkok-based team provides support to governments in Thailand, Myanmar and indirectly in the Philippines. One of the forms that support takes is mathematical modeling.

The team is using new approaches to account for variables that have otherwise been difficult to account for—the movement of people, for example—to develop models intended to predict future dengue outbreaks.

To create a Thailand-specific model  takes humans and their comings and goings into account, Maude and his team turned to the data-creation devices we all keep in our pockets: our cell phones.

Maude’s team took data from Thai phone users that has been scrubbed of identifying information, turned that information into matrices of how much people are moving and plugged it into a model that cross-references that data with the locations where the dengue virus has cropped up over time.

The real measure of success for a model like this one, Maude says, is that “these predictions have to be good enough that the government could then use it to make a plan, to act on the predictions.”

If governments know when a bad year is coming, for example, they might be able to prevent the shortages of dengue tests and hospital beds that are happening right now in Bangladesh, Cambodia and the Philippines.

But there’s a lot of work that still has to be done before a model like this one can be used in that way.

“The performance of these predictive models is good in some locations and it’s not so good in others and you end up with lots of different models that work in different areas.”

So far, “there is no single predictive model that will accurately predict dengue,” said Maude.

“One of the reasons for that,” Maude explained, “is because there’s multiple different factors affecting the likelihood of having a dengue epidemic and those factors are not necessarily well understood.”

And, complicating the matter further, factors that logically should indicate increased risk of dengue don’t always work in predictable ways.

For example: “We know you can get large numbers of dengue mosquitoes [in this case Aedes aegypti] and then not have lots of dengue in some places, it doesn’t always follow,” Maude said.

Maybe the biggest problem holding these predictive models back is the data.

“We know about rainfall driving mosquito numbers, we know that people spread dengue when they travel around,” said Maude. “But there’s also things that we are not able to include—like immunity to dengue over time in the population.”

Data about population immunity are critical to predicting how dengue will circulate through a community, as well as how severe those cases will turn out to be. Patients who recover from an infection of one dengue serotype will have lifelong immunity against that particular strand of the virus. But subsequent infection by other serotypes increases the risk that person will develop severe dengue. But, unhelpfully, data about immunity just aren’t collected routinely enough to be accounted for in these models.

Likewise, reliable data about the prevalence of dengue’s four unique strains, or serotypes, are hard for researchers like Maude to come by. In fact, according to Maude, “most countries only have a minority of people who have information on what serotype they have.”

Data about climate—temperature, rainfall, etc.—can be spotty, and, on a very basic level, the data about dengue cases aren’t always reliable. The number of cases can be overstated—in health systems that choose to treat dengue-like symptoms without actually testing for dengue—and understated—in places where people have the virus but don’t seek treatment.

Maude is quick to point out that gaps in the dengue data aren’t necessarily the fault of any one country’s dengue control program.

“It’s the whole health system and the population that are responsible for that data,” says Maude.

To get complete and accurate data, Maude says scientists are, in essence “relying on huge numbers of people to do something consistently.” A big ask, even in the best conditions.

The only government Maude is aware of that’s already putting predictive models to use is Singapore.

One model developed in Singapore with the help of machine learning was able to forecast major dengue outbreaks in 2013 and 2014 more than 10 weeks in advance, allowing the government to prepare hospital beds, diagnostic kits, deploy extra personnel for on-the-ground mosquito control and community outreach.

The city-state has used information from this predictive model in part to mobilize information campaigns to ramp up awareness of dengue when the data forecasts a bad year.

“The model allows us to confidently warn the public that there could be an outbreak coming,” said Lee-Ching Ng, who is the director of Singapore’s National Environment Agency, in a 2016 journal article on this particular predictive model.

“It’s very difficult to be alert at all times. You get fatigued. The public messaging can’t be done all the time, [so] the model suggests when to intensify our message or to mobilize the community,” she added.

In the case of other countries, “how well [these models] work depends on what the data in each country looks like, what’s available and the format of that information.”

Until data availability and data accuracy improve, innovations in the prediction space will be slow to come.