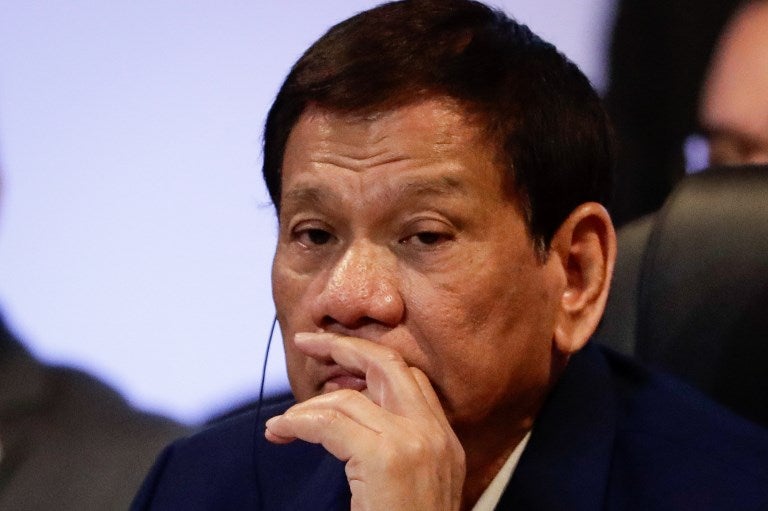 MANILA, Philippines—President Rodrigo Duterte has warned unauthorized foreign vessels passing through the Philippine waters to get proper clearance from the Philippine government or be dealt with in an “unfriendly manner.”

“To avoid misunderstanding in the future, the President is putting on notice that beginning today, all foreign vessels passing our territorial waters must notify and get clearance from the proper government authority well in advance of the actual passage,” Malacañang said in a statement Tuesday.

“Either we get a compliance in a friendly manner or we enforce it in an unfriendly manner,” the Palace stressed without elaborating.

Asked if the government would tap the military to impose Duterte’s order, Palace spokesman Salvador Panelo said: “If it will have to take that, we will do it.”

Panelo also said the Philippines would drive away foreign vessels passing through its territorial waters without permission.

“That’s unfriendly. Because before, we never said anything, we just allowed them and just make protests. But this time we will tell them: please get out of our territory,” he said.

Duterte issued the order after Defense Secretary Delfin Lorenzana said that the Department of National Defense is already “getting irritated” at the series of incursions of Chinese warships in Philippine waters.

Two Chinese warships were seen along Sibutu Start in Tawi-Tawi in July, while three were spotted in August which security officials flagged as unauthorized.

Under the United Nations Convention on the Law of the Sea (UNCLOS), any foreign vessel may only cross a coastal state’s territorial waters without notifying the state if they are conducting “innocent passage.”

Foreign Affairs Secretary Teodoro Locsin Jr. has ordered the filing of diplomatic protests over the Chinese warships illegal passage, calling it a “trespassing.”

The President is set to visit China for a meeting with Chinese President Xi Jinping.

Malacañang said Duterte will raise the 2016 Hague ruling and the speedy completion of a South China Sea code of conduct to avoid further maritime incidents and confrontations in the disputed waters. /je