3 ‘missing’ Filipino senior citizens in China back in PH 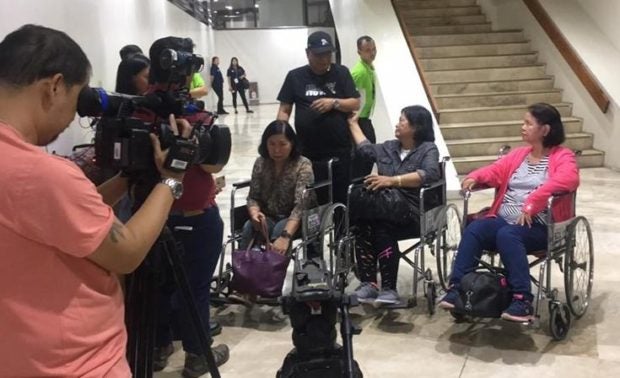 MANILA, Philippines — Three Filipino women, all senior citizens, who were reported missing following a layover in China have been found and arrived in Manila on Sunday night.

This was confirmed to INQUIRER.net by John Paul Varela Guce, a relative of one of the women, who arrived at the Ninoy Aquino International Airport Terminal 1 past 11 p.m.

Earlier, Marlon David, another relative, said the airline company that had booked the three women had contacted them and said the women had already checked in for their flight back to Manila.

“We don’t know yet what really happened. The airlines all of a sudden have information and called us when all the articles from media went out,” David said in an interview with INQUIRER.net.

The three women arrived in China from the United States last Aug. 10 and were scheduled for a connecting flight to the Philippines.

The connecting flight, however, was canceled due to bad weather.

The women informed their relatives who were waiting at NAIA to return home as their flight had been canceled.

However, a week passed and there was no communication from the three women. They were reported missing.

READ: 3 Filipino senior citizens on their way home from US now ‘missing’ in China