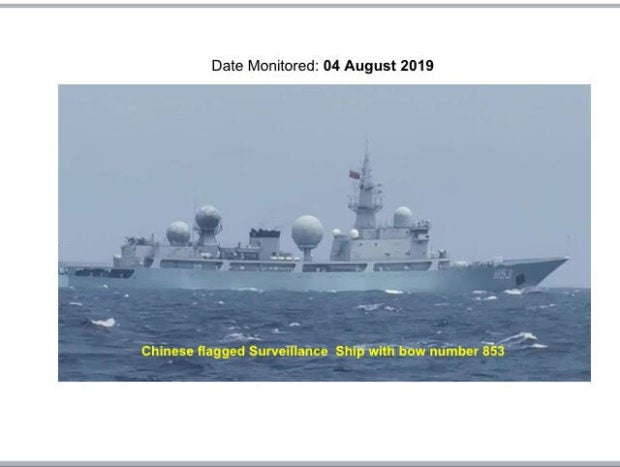 The defense chief said he hopes that these intrusions would be discussed when President Rodrigo Duterte visits China later this month.

Sibutu Strait is an international waterway located near Tawi-Tawi that is within the Philippines’ archipelagic and territorial waters. Foreign commercial ships have the right of innocent passage when passing through the country’s territorial waters, while foreign warships should at least inform Philippine authorities beforehand.

“Ang gusto kong malaman saan sila galing. Where did they come from? Where are they going? Obviously, they are going back to China pero ang mas malaking question, saan sila galing at bakit sila dumadaan sa Sibutu Strait?” Lorenzana said.

Lorenzana said the Chinese warships also shut off their automatic identification system (AIS), a tracker of vessels when passing through Philippine waters.

Last July, Lorenzana said he was told by Chinese ambassador Zhao Jianhua that he would require the People’s Liberation Army Navy to inform the embassy when passing through Philippine waters.

“I thought you are going to talk to the PLA Navy to inform you. But until now, you haven’t informed us on the passage of Chinese warships there,” he said.

Defense chief on Chinese ships: Why the secrecy?