Indonesian Navy training ship Kri Buma Suci (945) is in Manila for a 4-day port visit. Zoom in to see the crew waving while on the ship’s masts pic.twitter.com/eRRghtR0xy

The arrival would be followed by a series of engagements, including cultural and sports exchange, goodwill games, a pre-coordination meeting, and courtesy calls, said assistant chief of naval staff for civil military operations Commander Jeffrey Magbanua.

The ship has 103 Indonesian naval cadets and 89 crew onboard. 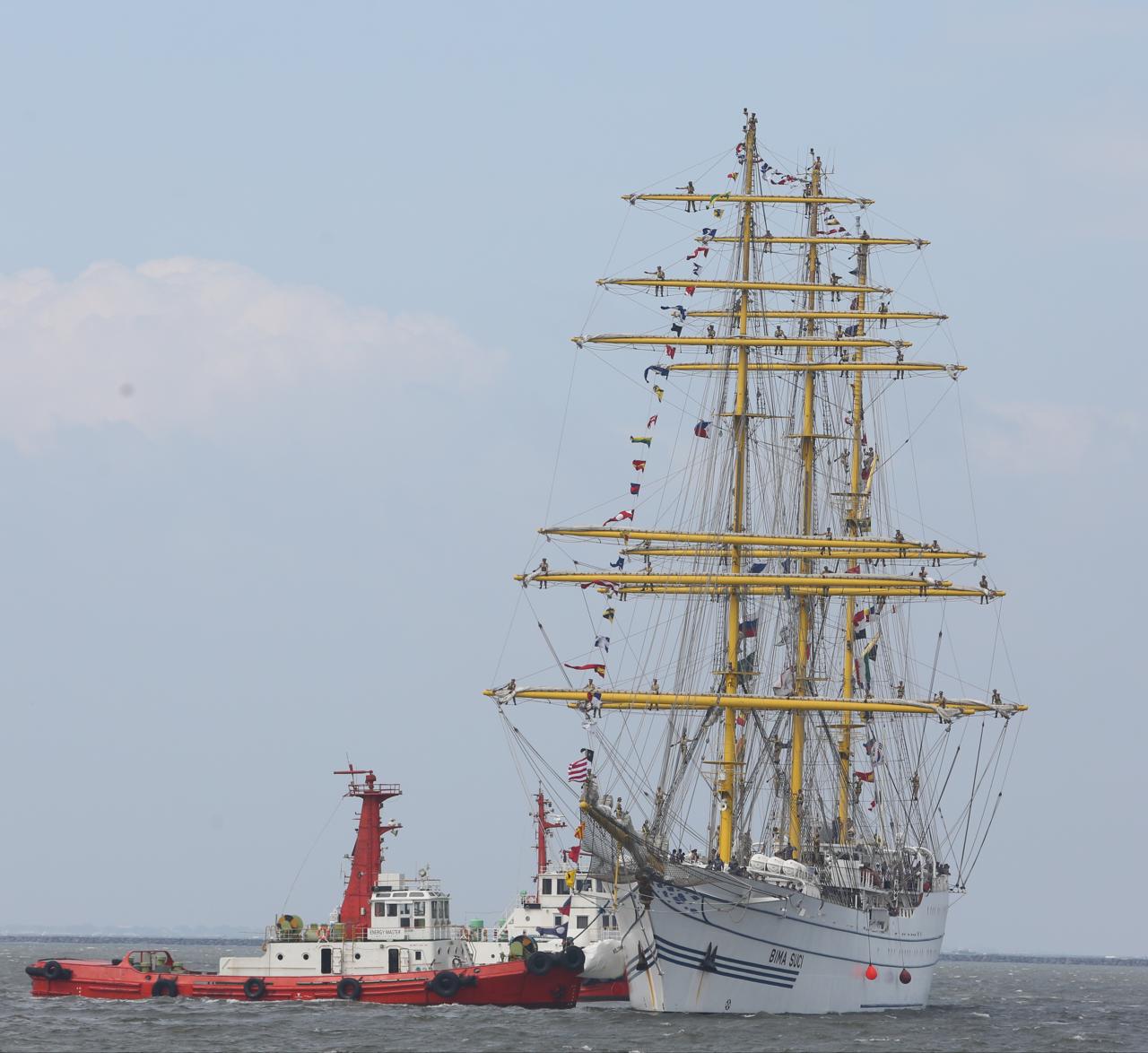 “The defense cooperation between Indonesia and Philippine Navy has been established for many years, primarily in the sectors of military education and training, officials visit, ship port call and military industry,” Waluyo said.

“The cooperation is part of the Indonesia commitments to participate in maintaining security in Southeast Asia which focus capacity building in supporting the peace missions, and maintaining borders and maritime securities,” he added.

Both the Philippines and Indonesia are on the list of countries with the longest coastlines. The two countries also share common security challenges like terrorism, piracy and South China Sea. /je