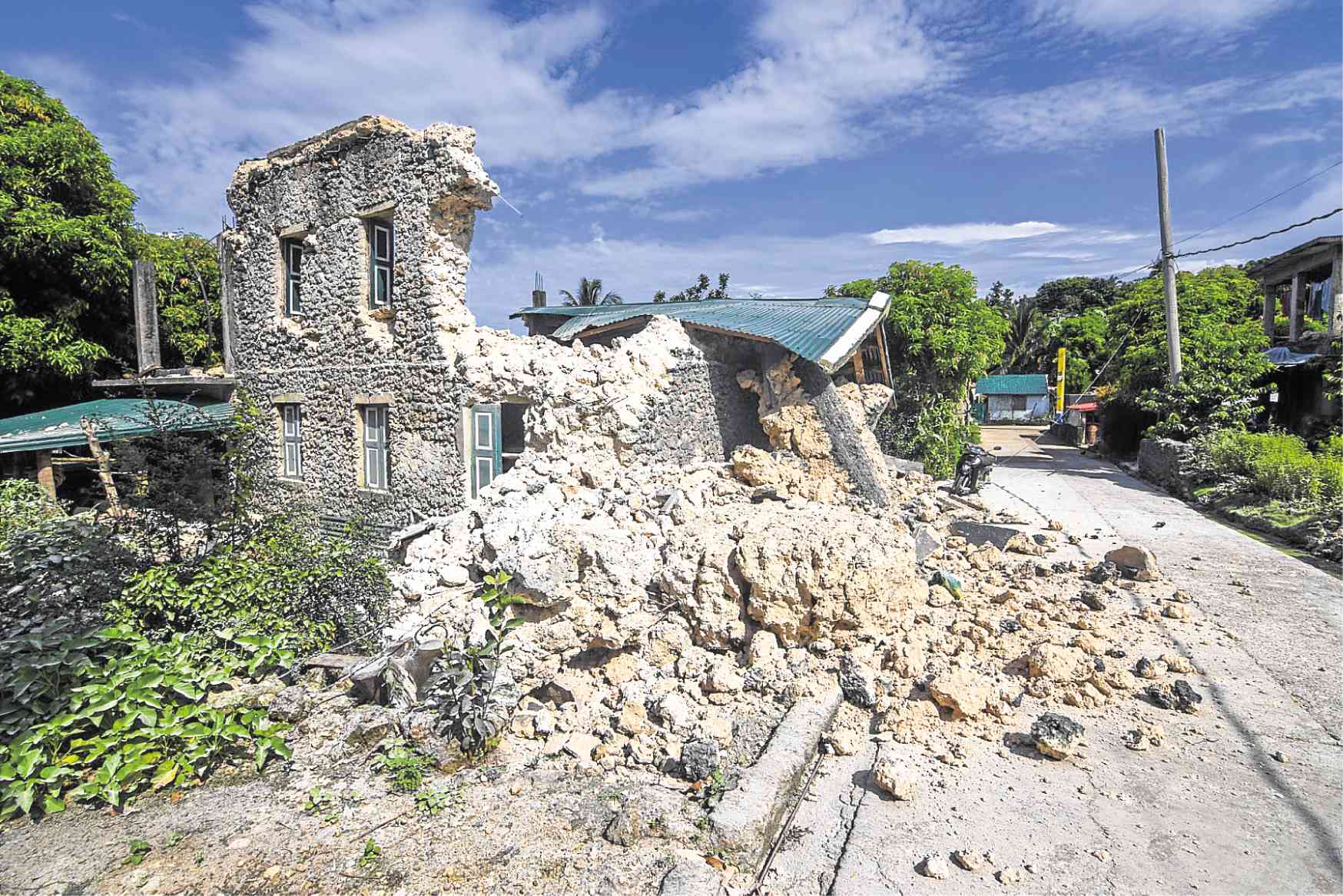 QUAKE CASUALTY Among the casualties of the twin quakes that struck Batanes on July 27 are traditional stone houses in Itbayat town. —ARNEL COMAYA/CONTRIBUTOR

MANILA, Philippines — The Chinese government on Friday handed over to the Department of the Interior and Local Government (DILG) P10 million in financial assistance for the rehabilitation of parts of Batanes province that were recently hit by twin earthquakes.

Chinese Ambassador to the Philippines Zhao Jianhua said the cash assistance aims to augment efforts by the Philippine government to rehabilitate the quake affected areas of the province, as he also assured that “China will continue to be a good friend, a good neighbor, and a close relative of the Filipino people.”

“On behalf of the Chinese people, we extend our deepest condolences to the families who have lost their loved ones, and our sincere sympathy to families who suffered losses and damages in the earthquakes,” he said during his speech at the turn-over of the donation at the DILG office in Quezon City.

At the event, Zhao also noted that “as we all know,” the relationship between China and the Philippines has achieved “very significant progress” since President Rodrigo Duterte assumed office in 2016.

He also told Batanes Gov. Malou Cayco, who was also at the ceremony, that China will look at the possibility of providing assistance for the other needs of the province, not only in the recovery following the earthquakes but also for the development of the northernmost part of the Philippines.

Interior Secretary Eduardo Año, meanwhile, expressed gratitude for the financial aid given by the Chinese government following the 5.4 and 5.9 earthquakes that hit Itbayat town on July 27, leaving nine killed and 47 injured, and left more than 251 structures damaged. Damage caused by the twin quakes was placed at P229 million.

“They say a person has many friends all year round, but only true friends are present in times of need,” he said.

Año added “history has proven that China has displayed nothing but sincere concern and genuine empathy for the plight of Filipinos in many occasions,” recounting the donation of financial aid and firearms by China to state troopers during the Marawi siege in 2017 when he was chief-of-staff of the Armed Forces of the Philippines.

While recognizing the “differences and challenges” between the two countries — seemingly referring to overlapping claims in the West Philippine Sea — Año encouraged Filipinos to take “today’s genuine act of kindness” as an “encouragement signifying a country’s ability to overcome differences in the spirit of unity.”  /muf