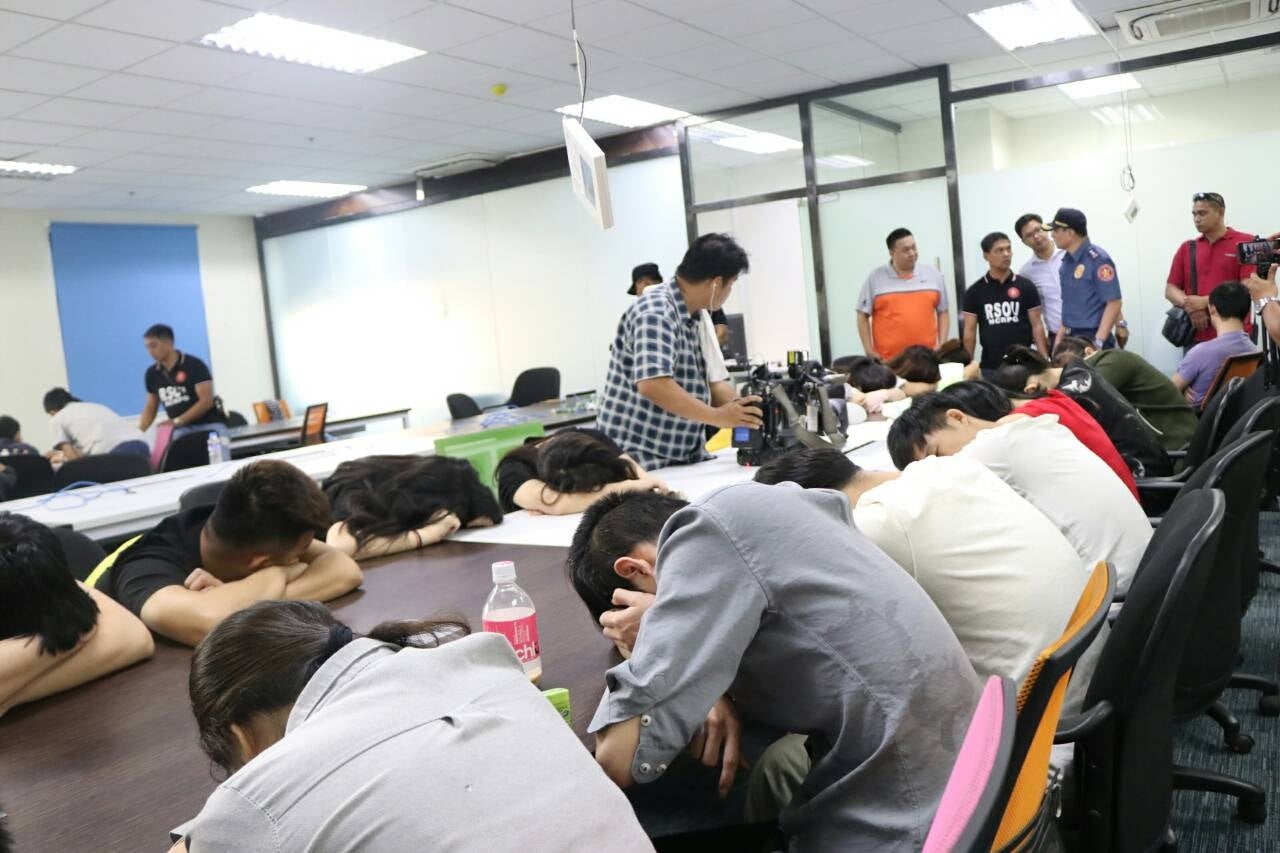 MANILA, Philippines — China has urged the Philippine government to “punish” Philippine offshore gaming operators (POGOs), casinos and other forms of gambling entities in the country that are illegally recruiting Chinese citizens.

In a statement on Thursday, the Chinese Embassy in Manila said a large number of Chinese citizens had been illegally recruited to work in the Philippine gambling industry with some “even lured into and cheated to work illegally with only tourist visas.”

“The Chinese side hopes and urges relevant departments of the Philippine Government to pay more attention to China’s position and concerns and take concrete and effective measures to prevent and punish the Philippine casinos, POGOs and other forms of gambling entities for their illegal employment of Chinese citizens and crack down related crimes that hurt the Chinese citizens,” the embassy said.

The Chinese Embassy also noted that oftentimes, employers of Philippine casinos, POGOs and other forms of gambling entities “do not apply necessary legal work permits for their Chinese employees.”

“Many of the Chinese citizens working illegally in Philippine casinos or POGOs and other forms of gambling entities are subjected to what media described as ‘modern slavery’ due to severe limitation of their personal freedom,” it added.

The embassy said that most of these illegally recruited Chinese workers have had their passports taken away.

“They are confined to live and work in certain designated places and some of them have been subjected to extortion, physical abuse and torture as well as other ill-treatments,” the embassy’s statement further read.

“At the same time, dozens of kidnappings and tortured cases of Chinese citizens who gamble or work illegally in gambling entities in the Philippines have taken place. Some Chinese citizens were physically tortured, injured or even murdered,” it added.

The embassy added that crimes and social problems in China have increased due to a large number of Chinese citizens “lured” into illegal gambling.

“In particular, some gambling crimes and telecom frauds are closely connected, which has caused huge losses to the victims and their families,” it said.

The embassy further urged concerned Chinese companies or individuals in the Philippines to immediately stop illegal activities or “they will be punished in accordance with Chinese law.”

This as the embassy cited Chinese laws and regulations which stipulates that “Chinese citizens gambling overseas, opening casinos to attract Chinese citizens as primary customers may constitute gambling crimes.”

“Criminal liability can be pursued in accordance with the provisions of the Criminal Law of China,” it added.

The embassy said that the Chinese government is taking its own actions as it vowed to “carry out more special operations aimed at preventing and combating the cross-border gambling.”

“China will focus on investigating and cracking some major cases, including those of organizing gambling overseas and opening online gaming, and will destroy networks of criminal organizations involved in recruiting gamblers from China by overseas casinos and using the internet to open casinos in China,” it said.

The embassy also said that a “huge amount” of Chinese funds are “illegally flown out” of China and into the Philippines through cross-border money laundering.

The Chinese embassy cited a conservative estimate which showed that “hundreds of millions” of Chinese Yuan are being flown illegally into the Philippines from China annually.

“There are analysts who believe that part of the illegal gambling funds has flown into local real estate markets and other sectors in the Philippines,” the embassy said.

With this, the embassy called on the Philippine government to strengthen law enforcement cooperation with China and work jointly in combating gambling-related crimes such as money laundering, illegal employment, kidnapping, extortion, torture, murder, among others, “so as to effectively protect the legitimate rights and interests of Chinese citizens, and to promote China-Philippine friendship and cooperation.”

This as China committed to crack down on “underground banks” as well as online payment platforms “that provide a financial settlement for cross-border gambling and other crimes, and wipe out domestic network operators and companies that provide technical support for such crimes.”

The number of Chinese nationals arriving in the country has nearly tripled since 2016, with the majority of working in the POGO industry.

They would often fill up hotel rooms and office towers, swamp condominiums and boost retail sales.

While there are economic benefits, there has been a mounting fear that Chinese workers are taking the job from Filipinos, evading taxes and committing crimes.

READ: Pogo workers in their midst: Notes from an ‘invasion’

The Bureau of Immigration (BI) earlier attributed the rush of Chinese influx of Chinese workers in the Philippines to “emerging industries.”

BI spokesperson Dana Sandoval explained that the number of Chinese nationals in the Philippines increased due to the thriving call center and online gaming businesses in the country.

READ: BI: Rush of Chinese workers in PH likely due to ‘emerging industries’