Duterte to US: You drove me into waiting arms of China 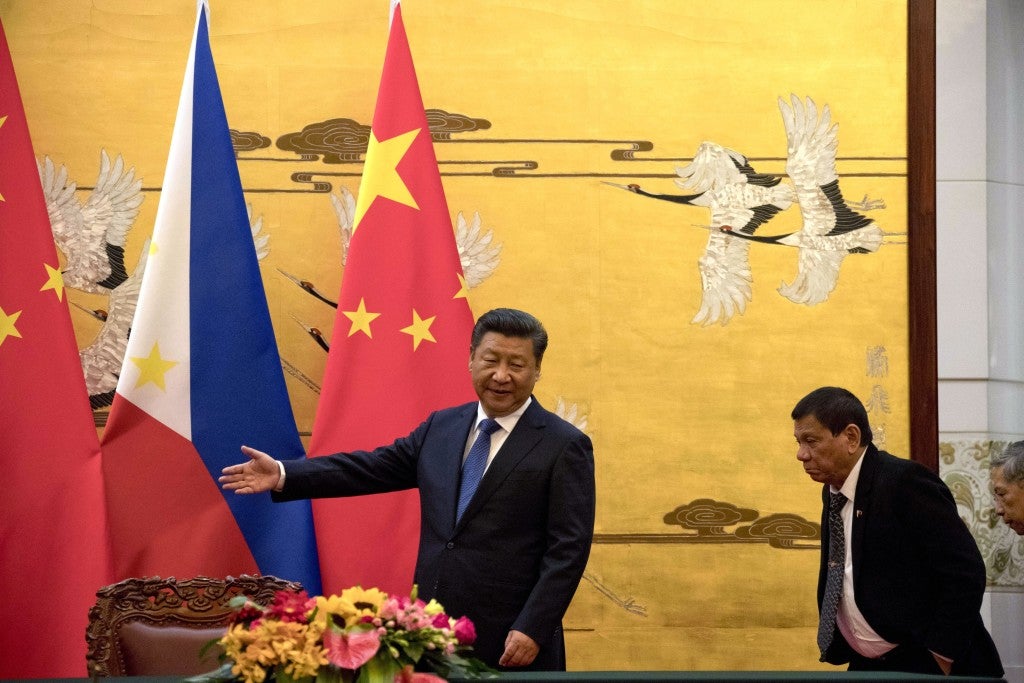 MANILA, Philippines—President Rodrigo Duterte on Tuesday said the United States (US) is “responsible” for the Philippines’ warmer ties with China after it stopped the sale of rifles to the Philippine National Police (PNP).

Speaking before Filipino-Chinese businessmen in Malacanang, Duterte told the US: “You practically drove me into the waiting arms of the Chinese government.”

“You were the ones responsible, you had two congressmen there. Took the floor in US Congress to denounce me as a violator of human rights and everything. At hindi ninyo — pinigil ninyo ‘yung armas,” he added.

In 2016, the US State Department stopped the sale of some 26,000 assault rifles to the PNP after US legislators said they would oppose it over concerns about human rights violations in the Philippines.

After the arms deal fell through with the US, the country’s longtime military ally, Duterte said his government decided to look for other sources of firearms, which led him to China and and even Russia.

“What I am supposed to do? Then I went to Russia. Again, I talked to President Putin and he said, “No problem. Bigyan kita ng armas. Bigyan kita ng truck.” Ayan dumating,” Duterte said.

The President then said that Russia and China did not ask anything in exchange of the military aid they provided the Philippines.

“To this day, I’d like to say this to the Americans, to this day, ni hindi sila naghingi ng bayad ng utang ng loob, ni toothpick wala. Wala talaga,” he said.

Since becoming the President, Duterte has established closer ties with the two US rivals as part of his foreign policy.

He has also been harshly criticized for supposedly kowtowing to China’s claim in the disputed territories in the West Philippine Sea.