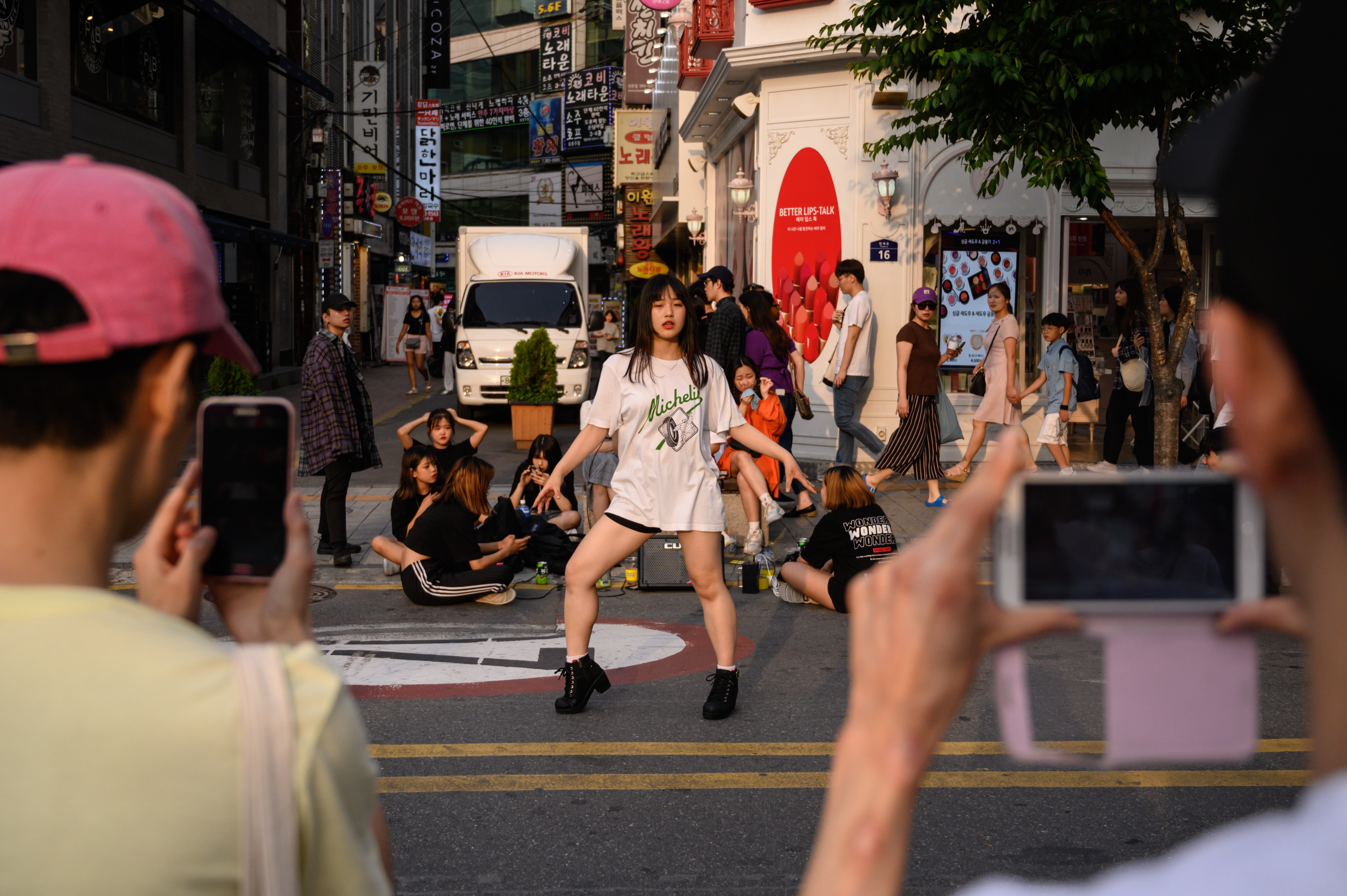 In a photo taken on June 8, 2019 a dancer performs an improptu k-pop routine on a street in the Sinchon district of Seoul. (Photo by Ed JONES / AFP)

SEOUL — The Korean National Police Agency rolled out plans for improving safety in areas with large number of non-citizens on Sunday. Police have enhanced security in areas heavily populated by non-citizens via designated public safety precincts.

High non-citizen districts in Seoul designated for increased policy security include Itaewon in Yongsan-gu, Daerim-dong in Yeongdeungpo and Garibong-dong in Guro-gu. There are currently 19 such districts nationwide.

Police added Ji-dong in Suwon, Gyeonggi Province, to the security watch list in the latest revision of public safety scheme for a high crime rate.

According to police, the number of foreign suspects totaled 18,065 in the first half of this year, which is up 9.7 percent from the same period in the previous year. Police attributed the rise in crimes by foreign perpetrators to a recent large-scale crackdown on narcotics.

Police also increased patrols in parts of Seoul with high proportions of non-citizen residents when US Forces Korea lifted troops’ curfew for three months on June 18.

Mobile carriers SK Telecom, KT and LG Uplus are providing foreign subscriber data to police to help shape safety policies aimed at non-citizens. Police will employ the algorithms to collect data on foreign subscribers not registered with the immigration office.

Police have incorporated big data analytics from telecommunications operators in recent projects, such as road policing and the monitoring of digital sex crimes.

A police agency official said the agency aims to provide nondiscriminatory security services for Korean citizens and non-citizens alike, regardless of race, gender, nationality or religion with the newly devised plan.