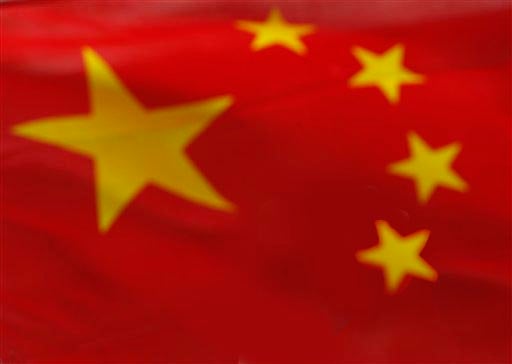 MANILA, Philippines—“Where is the big fish? If you want them, go to China.”

These were Rodrigo Duterte’s words, referring to big drug lords, in July 2016 barely warming his seat as the Philippines’ 16th President after winning on mainly an anti-drug and crime platform.

Duterte was not engaging in guesswork although he did not provide details when he pointed to China as a haven for drug kingpins.

But data collected through the years by researchers and intelligence agencies worldwide, including the United States’ Drug Enforcement Agency, offer a composite sketch of the world’s biggest source of drugs and drug precursors and the sketch showed China.

According to a report by the American think tank Rand Corp., China is “increasingly a leading source” of methamphetamine precursors or chemicals that by themselves were legitimate but when combined become some of the world’s most dangerous and addictive drugs.

“Lack of regulatory oversight and an abundance of chemical manufacturers create an environment that allows for the export of precursors and finished synthetic drugs,” said the 2019 Rand Corp. report titled “Contemporary Asian Drug Policy: Insights and Opportunities for Change.”

It said while China “has taken some efforts to bring new chemicals under regulatory control, producers are quick to adapt, impeding Chinese law enforcement’s ability to stem the flow” of synthetic drugs, like highly-addictive fentanyl, to global markets.

Not getting high on their supply

The report said while China is a “major source of fentanyl and other synthetic opioids, to date the country does not appear to have problems with synthetic opioid consumption” which could mean all of China’s production of synthetic drugs may be for export.

A “burgeoning chemical industry” in China was fuelling “production of new substances” that add to the growing list of new drugs which elude detection by anti-narcotics authorities.

“The Chinese pharmaceutical industry consists of more than 5,000 companies that produce active pharmaceutical ingredients which can include synthetic substances and precursor chemicals,” said the report, citing the US-China Economic and Security Review Commission.

“China is a leading exporter of active pharmaceutical ingredients and chemicals that can be used in the production of controlled substances,” said the report.

On top of the 5,000 pharmaceutical factories operating in China, “the US government estimates that there might be as many as 400,000 chemical distributors or suppliers in China, many of which are large facilities located near export zones.”

Citing the US State Department, the report said of the 400,000 chemical distributors or suppliers at least 160,000 produce chemical precursors.

“Some of these chemical manufacturers produce large quantities of precursor chemicals and NPs (new psychoactives),” the report said.

At least 80 percent of chemicals used in Mexico to manufacture meth for the US market come from China, according to the report.

The tentacles of Mexican production of drugs using Chinese precursors, or ingredients, has also reached the Philippines.

A press release of the Philippine Drug Enforcement Agency (PDEA) in October 2017 said two Chinese syndicates, or triads—14K and Sun Yee On—were the suppliers of precursors for the production of synthetic drugs by the notorious Mexican drug syndicate Sinaloa, named after a federal state in Mexico.

Operations of the Sinaloa drug cartel in the Philippines, according to the PDEA press release, was discovered following the raid in 2013 by PDEA and the Philippine National Police on a gamefowl ranch in Lipa City, Batangas which had been leased by Mexican nationals and yielded P420 million in shabu produced using China-made precursors.

In China, according to the Rand Corp. report, chemicals are being sold online and “can be shipped directly to consumers in markets overseas,” it added.

The Chinese government, the report added, had moved to control 116 new substances in an effort to stem the growth of production of new psychoactives, or drugs that induce hallucinations.

Ketamine, a drug normally used as an analgesic but abused for its hallucinogenic properties, is being seized in growing amounts in China but “recent reports of increases in seizures of precursor chemicals and NPs suggest that manufacturers are developing and exporting new drug analogs to global markets.”

“China remains an important source of many new synthetic chemicals and precursors, including those used in the manufacture of methamphetamine and synthetic opioids,” the report said.

It said the majority of NPs produced in China “mimic the effects of traditional street drugs, such as cocaine, MMDA, cannabis and heroin.” “These new substances fall under a wide range of terms including legal highs, synthetics, research chemicals, designer drugs and party drugs,” the report said.

Production of these drugs in China, the Rand Corp. report said, “are alarming policymakers.”

“The same is true for China’s expansive domestic pharmaceutical and chemical industries and illicit products,” according to the report.

China’s chemical industry “produces tons of chemicals each week, including drug precursors” or the chemical ingredients being used for meth and other synthetic drugs.

Market reforms that loosened government supervision of the pharmaceutical and chemical industry in China led to a boom in the production of drug precursors for export.

The pharmaceutical industry, the report said, was one of the fastest-growing sectors in the Chinese economy starting in the 1990s that by 1995, the number of pharmaceutical manufacturers in China reached its peak of 5,300.

Chinese manufacturers produce more than 2,000 API, or active pharmaceutical ingredient, products with a yearly production of more than 2 million tons, “making it the largest exporter of APIs in the world.”

Nearly a third of global shipments of chemicals and pharmaceuticals come from China and generate at least $2 billion a year.

“The capacity and size of China’s pharmaceutical and chemical industries make up for an ideal environment to conceal production and export of synthetic psyschoactives, including opioids,” said the report, citing the US State Department.

In the Philippines, China has also been identified as the country of origin of billions of pesos worth of shipments of shabu, or crystal meth, that slipped past Philippine Customs officials and had been investigated by the Philippine Congress. One of these shipments, worth P6 billion, had been found in a warehouse in Valenzuela City, a Manila suburb, and shipped inside magnetic lifters.

Among the instances when China-made chemicals turned up in anti-narcotics operations in the Philippines was the raid in January 2012 of three clandestine shabu labs inside the posh Ayala Alabang Village in Muntinlupa City which, the PDEA October 2017 press release said yielded P53 million worth of unfinished shabu and precursors made in China.

The PDEA press release said the 14K triad, a Chinese syndicate, was behind the raided labs.

China, it added, is a leading exporter of methamphetamine precursors, ephedrine, and pseudoephedrine.

In 2014, China exported 2.1 metric tons of ephedrine, a key chemical ingredient of shabu, the report said citing the US State Department.

Many of the synthetic opioids developed in China and distributed globally “are more potent than semisynthetic or natural opioids such as codeine, morphine, oxycodone or heroin,” said the report.

During one of Duterte’s visits to China in October 2016, the PDEA and the Narcotics Control Bureau of China’s Ministry of Public Security signed a memorandum of understanding (MOU) on cooperation in the fight against drugs.

According to an article on the website of Foreign Service Institute, the Philippines and China issued a joint statement recognizing that illicit drugs pose “severe threat” to health, safety and welfare of the people of both countries. The MOU called for the exchange of intelligence, know-how and technology in fighting drug crimes./ac