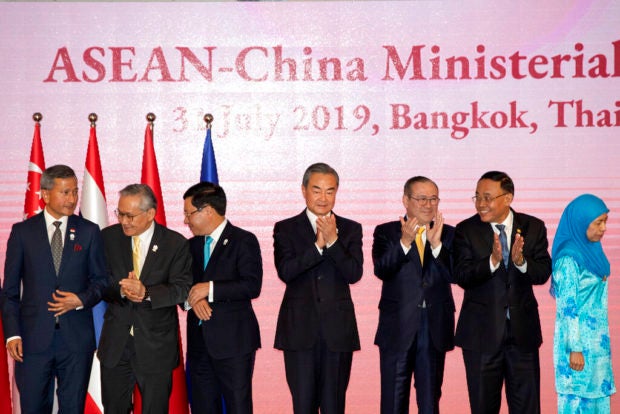 BANGKOK — China on Wednesday warned outside nations against any attempt to sow discord between Beijing and Southeast Asian countries by playing up disputes over the South China Sea, saying differences can be resolved peacefully between the affected parties themselves.

Chinese Foreign Minister Wang Yi, speaking after talks with his counterparts from the Association of Southeast Asian Nations at an annual meeting of the 10-member bloc, also reaffirmed Beijing’s commitment to conclude a Code of Conduct with Asean governing the South China Sea that will make the disputed region more stable.

China’s aggressive territorial claims in the South China Sea, which carries a third of global shipping, has drawn rebuke from the United States and become a flashpoint for the region, with parts of the sea overlapping claims by Asean members Vietnam, the Philippines, Malaysia and Brunei.

The U.S. also regularly sails and flies military assets close to the disputed areas in what it calls freedom of navigation operations. On Tuesday, Philippine Defense Chief Delfin Lorenzana also criticized China’s “bullying” actions in the South China Sea and said Beijing’s peaceful assurances contrast with its behavior in the contested waters.

Wang said Wednesday that Beijing and ASEAN nations can settle the disputes without any interference.

“We think non-regional countries should not deliberately amplify such differences or disputes,” he said when asked about U.S. involvement. “Instead they should support the efforts by China and Asean in having these differences properly addressed.”

He said China and Asean aim to conclude talks on the Code of Conduct within three years or even earlier, which will not only manage disputes more effectively but ensure the rights of non-regional countries in the waters are better protected.

Asean and China have completed the first round of negotiations on the code, but experts said the next two rounds of talks are likely to be contentious because there is no sign that China will agree to anything that would undermine its maritime claims.

Asean foreign ministers, in a joint communique after their annual meeting earlier Wednesday, said some ministers had expressed concerns on “the land reclamations, activities and serious incidents in the area which have eroded trust and confidence” and raised tensions. They didn’t name any country but repeated calls for “non-militarization and self-restraint in the conduct of all activities by claimants and all other states.”

READ: Esperon on China assurance of peace in SCS: ‘Any country can say that’

They also stressed the importance of upholding international law, including a U.N. sea treaty that Beijing has not followed, according to a 2016 international arbitration ruling.

Two-way trade between Asean members and China topped $580 billion last year, while Chinese investment in Southeast Asian nations hit nearly $10 billion, making the region its second-largest investment destination for the first time, Wang said, adding that China has infrastructure and transportation projects under its Belt and Road Initiative with every Asean member.

The South China Sea dispute has highlighted the growing rivalry between the U.S. and China to assert influence in the region, putting Asean nations in a tight spot. At their summit in June, Asean leaders adopted an Indo-Pacific engagement framework that sought to find a middle ground and keep on the good side of both Washington and Beijing.

Beijing is attempting to project its influence globally through its Belt and Road Initiative, an ambitious development program of major infrastructure projects, while Washington is using the Free and Open Indo-Pacific strategy, which Beijing says is directed against it.

“We must recognize that looking inward and being myopic is not our option and never will be,” Thai Foreign Minister Don Pramudwinai said in opening the annual Asean ministerial meeting. “Amid great turmoil, we must be more outward and forward looking than ever before.”

He warned that the road ahead “could be treacherous” but said greater cooperation among Asean members and outside partners could help sustain long-term growth.

Asean, which is seeking to boost its own voice as a global player, is also playing host to a series of foreign ministers from key strategic and dialogue partners, including U.S. Secretary of State Mike Pompeo and Russian Foreign Minister Sergey Lavrov. 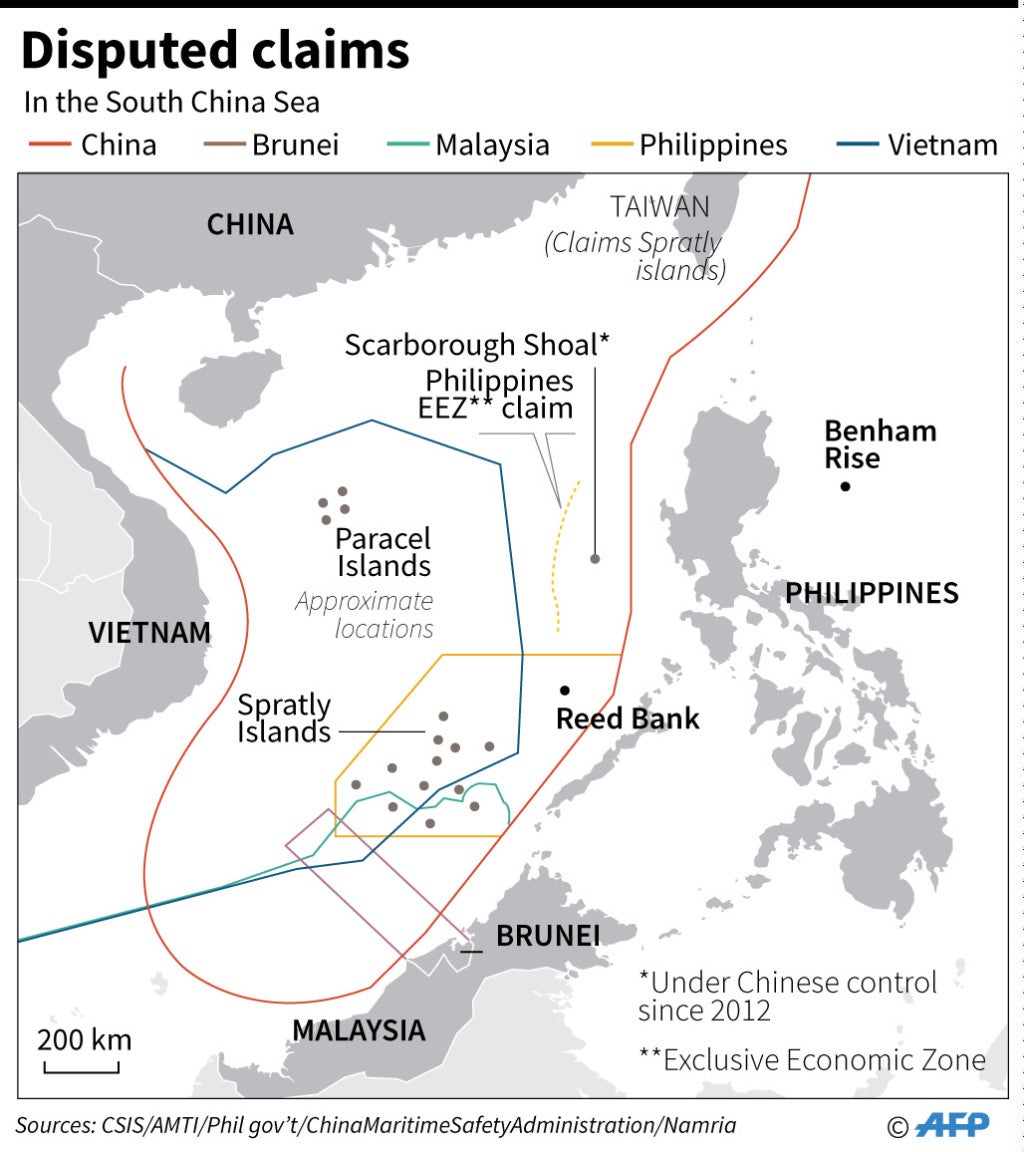 Read Next
Carpio hits gov’t inaction on sea dispute with China
EDITORS' PICK
Pagasa: Warm, sunny Sunday in most parts of PH
Is it safe to talk politics again at family gatherings? ‘The Reconciliation Dinner’ shows us what that’s like
House energy committee chair Arroyo bats for cheap electricity
EDITORIAL: To a bike-friendly future
The Best Tech Gifts For The 2022 Holidays
vivo’s coming to town to grant wishes with more holiday promos
MOST READ
LOOK: Vhong Navarro transferred to BJMP detention facility in Taguig
The Elephant Man in the Senate
Posh village as ‘shabu’ haven
LOOK: Zanjoe Marudo bonds with Ria Atayde, her family
Don't miss out on the latest news and information.