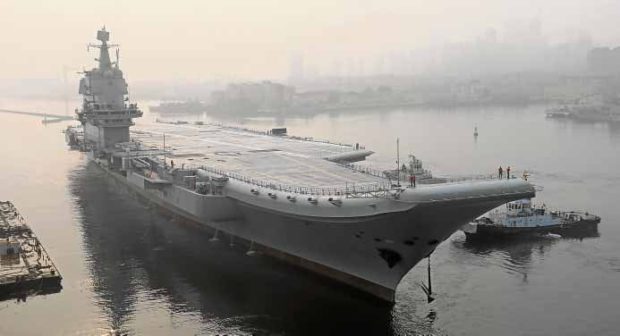 On the sidelines of a forum at the University of the Philippines Diliman, Carpio said he received verified information that China’s aircraft carrier Liaoning passed through the Sibutu Passage, an international sea route located within the Philippines’ archipelagic and territorial waters.

The senior magistrate said foreign vessels have the “right of innocent passage” and may not notify the coastal state because it is an international waterway.

“But you know, there’s an irony here because the Chinese are saying that in their territorial sea, right of innocent passage can be exercised only with prior consent or prior notification to the coastal state,” he said.

In the South China Sea where China claims it owns almost 90 percent of the vital sea lane, there had been persistent media and government reports of China driving away vessels passing through areas that China claims to own.

“The Sibutu Passage has been acknowledged as an international waterway, so they have the right to pass there. Under our practice, they can do that without notifying us. But their own position is you should notify the coastal state. So they have a double standard,” Carpio said.

Last month, foreign media reported that China deployed its aircraft carrier near Guam before navigating in the southern Philippines to enter the South China Sea.

Laioning, China’s first aircraft carrier, was likely to have dropped by China’s artificial islands and reefs before it passed by Taiwan Strait and returned to its home port in Quingdao./tsb