Duterte invoking defense treaty with US just a sarcasm–Palace 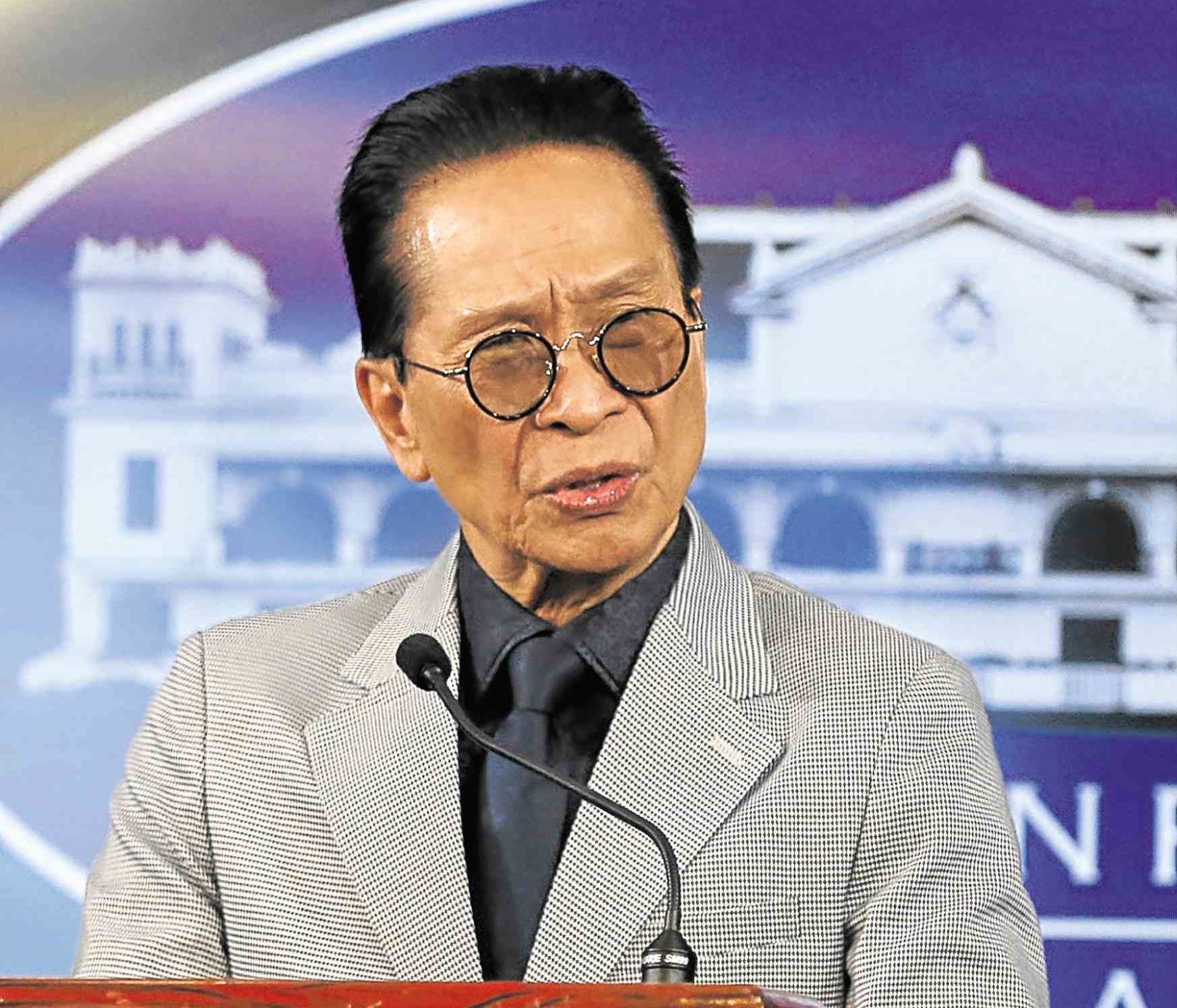 Presidential Spokeserson Salvador Panelo said Duterte was just taunting his critics, whom he said wanted the President to “aggressively” enforce The Hague ruling that invalidated Beijing’s sweeping claims of the South China Sea.

Duterte first mentioned that he was invoking the MDT to counter China’s aggression in the disputed waters during an interview with local broadsheets in Malacañang last week.

The President repeated the same line during his interview with Pastor Apollo Quiboloy on Tuesday.

“Still the same,” Panelo said in a Palace briefing when asked if the President was sarcastic with his remarks.

Panelo said Duterte “knows that you cannot invoke that treaty without any armed assault or attack against any of the parties in that treaty.”

“I’m calling now America. I’m invoking the RP-US pact. I would like America to gather all their Seventh Fleet in front of China. I’m asking them now. And I will join them,” Duterte told Quiboloy in a televised interview.

Panelo said Duterte was just being absurd with these remarks.

The 74-year-old President has said he would drag Supreme Court Senior Associate Justice Antonio Carpio, former Ombudsman Conchita Carpio-Morales and former Foreign Affairs Secretary Albert del Rosario, critics of his soft stance in eforcing the Hague ruling, to go to war with him against China.

So his challenge remains to be a sarcasm?

Panelo said: “It is and it’s a challenge to them. And again as I said to show the absurdity of their position that we should be aggressively enforcing the arbitral ruling when the very effective method of getting whatever benefits we can achieve from arbitral ruling could be gotten in the diplomatic negotiations.”

In July 2016, the Philippines sealed a historic win against China before the United Nations-backed arbitral tribunal in The Hague, which invalidated China’s nine-dash line in the South China Sea.

Beijing’s sweeping claims to almost all of the South China Sea.

Duterte has received a sharp rebuke for saying he was allowing Chinese fishermen to trawl in the Philippine’s exclusive economic zone, a deal he said he made during his bilateral talk with Chinese President Xi Jinping in October 2016. /jpv

Read Next
Imee Marcos: UN resolution vs Philippines can still be reversed
EDITORS' PICK
POGOs not linked to Illegal online gaming, says Pagcor
Metro Manila now at moderate risk for COVID-19 — DOH
Pagasa: Storm Luis to exit PAR by Thursday
Do all the things you do, faster
Peeking inside the superb night camera features of the vivo V25 series
House energy committee chair Arroyo bats for cheap electricity
MOST READ
Remulla lambasts ICC chief prosecutor
Jean Garcia’s son Kotaro catches social media attention for being a V look-alike
Gov’t presses start to roll for 92 million ballots
Maxene Magalona on being asked why she has no kids: ‘It’s awkward, invasive, a bit rude’
Don't miss out on the latest news and information.