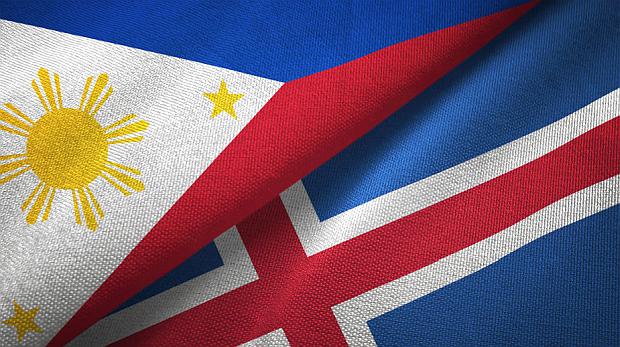 Flags of the Philippines and Iceland (INQUIRER.net stock photo)

MANILA, Philippines — President Rodrigo Duterte is “seriously considering” cutting ties with Iceland after the Nordic island nation filed a resolution before the United Nations Human Rights Council to probe the human rights situation in the Philippines.

“It reeks of nauseating politics completely devoid of respect for the sovereignty of our country. It is bereft of the gruesome realities of the drug menace in the country,” he said.

According to him, the resolution “is based on false information and unverified facts and figures.”

“The resolution likewise demonstrates how the Western powers are scornful of our sovereign exercise of protecting our people from the scourge of prohibited drugs that threaten to destroy the fabric of our society. Their intrusive abuse is patent and condemnable,” he added.

The resolution “smacks of politicization designed to force our free state to be subservient to their imagined superiority,” Panelo said.

“Evidently, the resolution was designed to embarrass the Philippines before the international community and the global audience,” he added.