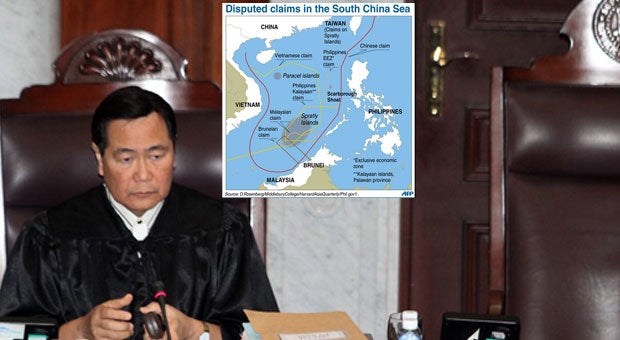 MANILA, Philippines — Supreme Court Senior Associate Justice Antonio Carpio on Sunday responded to President Rodrigo Duterte’s challenge to propose a plan to enforce the ruling of the Permanent Court of Arbitration in favor of the Philippines in its maritime dispute with China in the South China Sea.

Speaking at the Ateneo Law School’s graduation rites, Carpio enumerated possible options for the President, who publicly asked the senior magistrate last month to suggest ways implement the ruling without resorting to war.

“Xi Jinping [said] there will be trouble. So answer me, Justice, give me the formula and I’ll do it,” the President earlier said.

“My response is yes, Mr. President, there is a formula — and not only one but many ways of enforcing the arbitral Award without going to war with China, using only the rule of law. Let me mention a few of these, and I hope the President will implement them as he had promised,” Carpio said.

Carpio said the war or submission option should be discredited by Filipinos and the government should stop its “defeatist” attitude on the sea dispute.

“The Filipino people should not be intimidated by national leaders who peddle a false option that either we go to war with China or submit to China. This false option should be discredited once and for all. This false option does not deserve any further space or airing in the nation’s political discourse,” he said.

“We cannot just decry the absence of an enforcement mechanism under UNCLOS. We cannot adopt a defeatist attitude and just sit idly by and let China seize what international law has declared to be our own Exclusive Economic Zone,” Carpio added.

The following are the options he proposed: 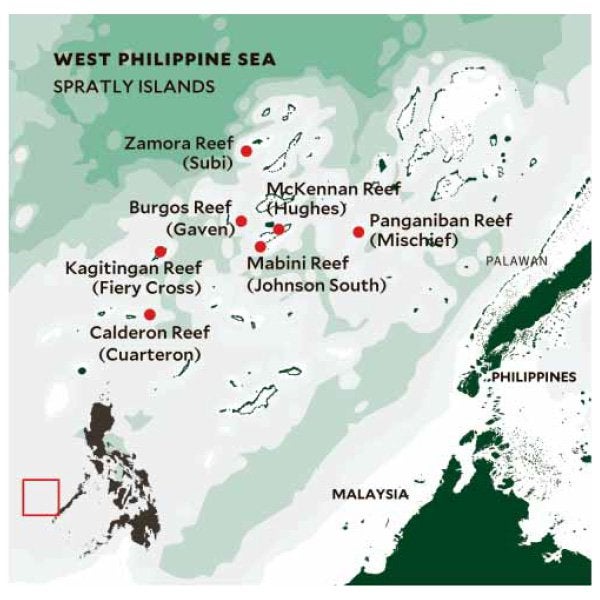 “These should be undertaken together to fortify the Award part by part, brick by brick, until the Award is fully enforced,” Carpio said.

Friday marked the third anniversary since the Permanent Court of Arbitration in The Hague, ruling on a case brought by the Philippines, invalidated China’s claim to nearly the entire South China Sea.

President Duterte, however, has shelved the ruling in exchange for Chinese economic aid and investment packages.

Malacañang on Monday dismissed Carpio’s suggestions, insisting that the President’s diplomatic engagement with China was the “best option” for Manila in resolving its territorial row with Beijing.

“For now, the President’s best option is negotiations, diplomatic negotiations. There is no other option better than that, because you are directly dealing with your supposed enemy,” presidential spokesperson Salvador Panelo told reporters.

He said diplomatic engagement was also a “nonwar option.” —With a report from Julie M. Aurelio