Raising the possibility of war with China over its intrusion into Philippine territory in the South China Sea (SCS) is just a scare tactic, according to two prominent figures who had helped the Philippines win an international case against China’s mythical nine-dash line claim over nearly the entire SCS.

Former Foreign Secretary Albert del Rosario and Senior Associate Justice Antonio Carpio, two of the officials who led the Philippines’ maritime case against China, disputed the notion that war was the only step the Philippines can take to protect its maritime territory and boundaries against continuing Chinese aggression and encroachment.

The statements came on the third anniversary of the Philippines’ victory at the Permanent Court of Arbitration in The Hague against China’s nine-dash line claim, a ruling that the Duterte administration, however, refuses to assert. 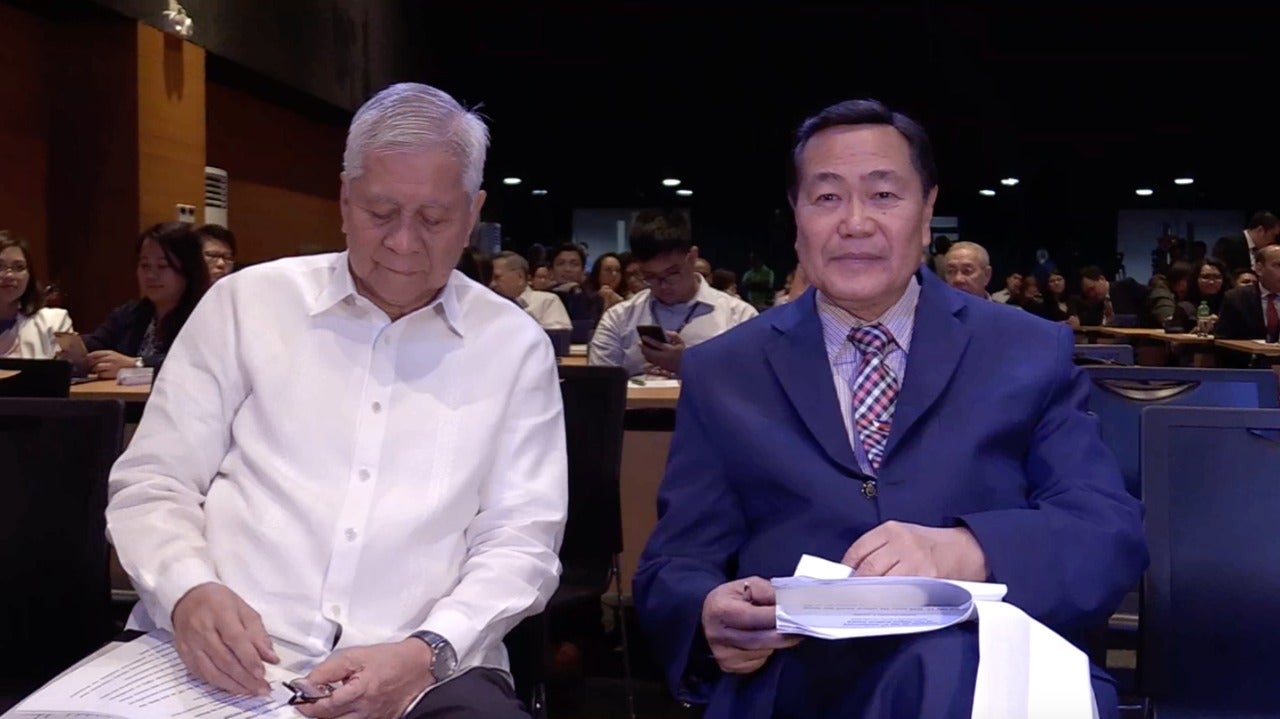 “Our government has persisted in allowing China to deprive our citizens of what is ours by continuing to shelve the tribunal outcome,” Del Rosario said at a forum marking the third year of the Philippines’ win.

“We are still succumbing to threats of force including a threat of war,” Del Rosario said.

He said war was not even an option of China because its economy is heavily reliant on global trade, including fuel supply, which needed open shipping lanes such as the US Navy-dominated Malacca Strait and Indian Ocean.

Del Rosario said the shelving of the Philippines’ victory in the international arbitral court against China has only encouraged the Asian Goliath to commit “more unlawful acts of intimidation and bullying” in SCS.

On July 12, 2016, the international court declared China’s nine-dash line claims as without basis and its intrusion violated the Philippines’ sovereign rights to fisheries and other marine resources in the the West Philippine Sea.

But the ruling came two weeks after President Rodrigo Duterte assumed office. He shelved it in exchange for cozier ties with China which he said would translate into more economic aid and investments from the wold’s second biggest economy.

Duterte had quoted Chinese President Xi Jin Ping as warning of war if the Philippines asserted its territorial rights but the Chinese government had denied that Xi ever said that.

Duterte said the Philippines would be like committing suicide if it went to war with China.

Duterte has been criticized for fear-mongering for his repeated statements that standing up for the Philippine claims in the West Philippine Sea could lead to war.

Carpio said raising the specter of war to explain failure to assert Philippine sovereignty “is an utterly false claim designed to intimidate the Filipino people to submit to the will of China.”

“It is obvious that the only reason in raising the specter of war is to scare the Filipinos to submit to China,” he said. /TSB

Read Next
Migrante on adoption of UN resolution: ‘Day of reckoning is at hand’
EDITORS' PICK
PH preps for China virus: Question of when, not if
Museums ‘put to sleep,’ churches closed amid volcano’s unrest
SM continues to send relief assistance to remote towns in Batangas
Beyond water service: Maynilad builds massive infrastructure projects to clean up Metro Manila waterways
Seventh judge assigned to handle De Lima case
Timeless Elegance in the Philippines’ Most Distinguished Home Kitchens
MOST READ
Lacson on Duterte’s threat to end VFA over Bato’s canceled visa: Where is the connection?
Part of Aurora Boulevard in Cubao closed from Jan. 25 – Feb. 1
No Bato visa, no VFA–Duterte
Corruption worsens: PH falls 14 notches to 113th spot in global index 2019
Don't miss out on the latest news and information.