Drug cartels to give bonuses if Iceland resolution wins – Locsin 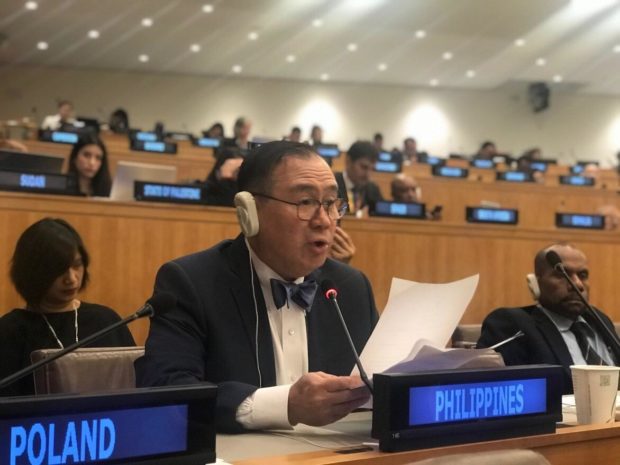 MANILA, Philippines — Should the resolution that would prompt the United Nations Human Rights Council (UNHRC) to look into the human rights situation in the Philippines be adopted, everyone who worked for it would receive their bonus from the drug cartels.

Foreign Affairs Secretary Teodoro Locsin Jr. said this over Twitter on Tuesday, nearly a week after Iceland submitted a draft resolution to the UNHRC calling on the High Commissioner on Human Rights Michelle Bachelet to produce a “comprehensive written report” on the human rights situation in the Philippines.

“If the Iceland resolution wins that means bonuses for everyone who worked for it — from the drug cartels,” the country’s top diplomat wrote on Twitter.

If the Iceland resolution wins that means bonuses for everyone who worked for it—from the drug cartels.

The draft resolution, which Iceland submitted on July 4, was co-sponsored by 27 other member states of the United Nations (UN).

The UNHRC, which is composed of 47 nations, is expected to vote on the resolution this week.

The draft resolution is asking the Philippines to “take all necessary measures to prevent extrajudicial killings and enforced disappearances” and to conduct “impartial investigations and to hold perpetrators accountable in accordance with international norms and standards including due process and the rule of law.”

It also urges the Philippine government to cooperate with Bachelet’s office and the UNHRC mechanisms “by facilitating country visits” and to prevent or refrain “from all acts of intimidation or retaliation.”

“We already made our stand,” Panelo earlier told reporters in Malacañang. “Any move that will interfere with the sovereignty of this country, the management of this country by a sitting President elected overwhelmingly by the people, to our mind is an interference with our sovereignty.”

However, Vice President Leni Robredo criticized the Palace’s “unusual” response to the resolution.

“For example, if you’re being accused of something that’s not true, human nature dictates that you prove that the accusation is not true,” she said during her weekly radio program, “BISErbisyo Leni,” last Sunday.

“In this case, we are being accused. Instead of us showing that the accusation is not true, we are saying: ‘Don’t meddle with us’,” she added.

Robredo also said it was “embarrassing” that other countries seemed to be more concerned over the drug war killings than most Philippine officials.

“Other countries are concerned about us. But here, it seems only a few are concerned. It’s like business as usual for everyone. Despite so many killings happening, it’s like nothing is happening,” Robredo, speaking in Filipino, said.