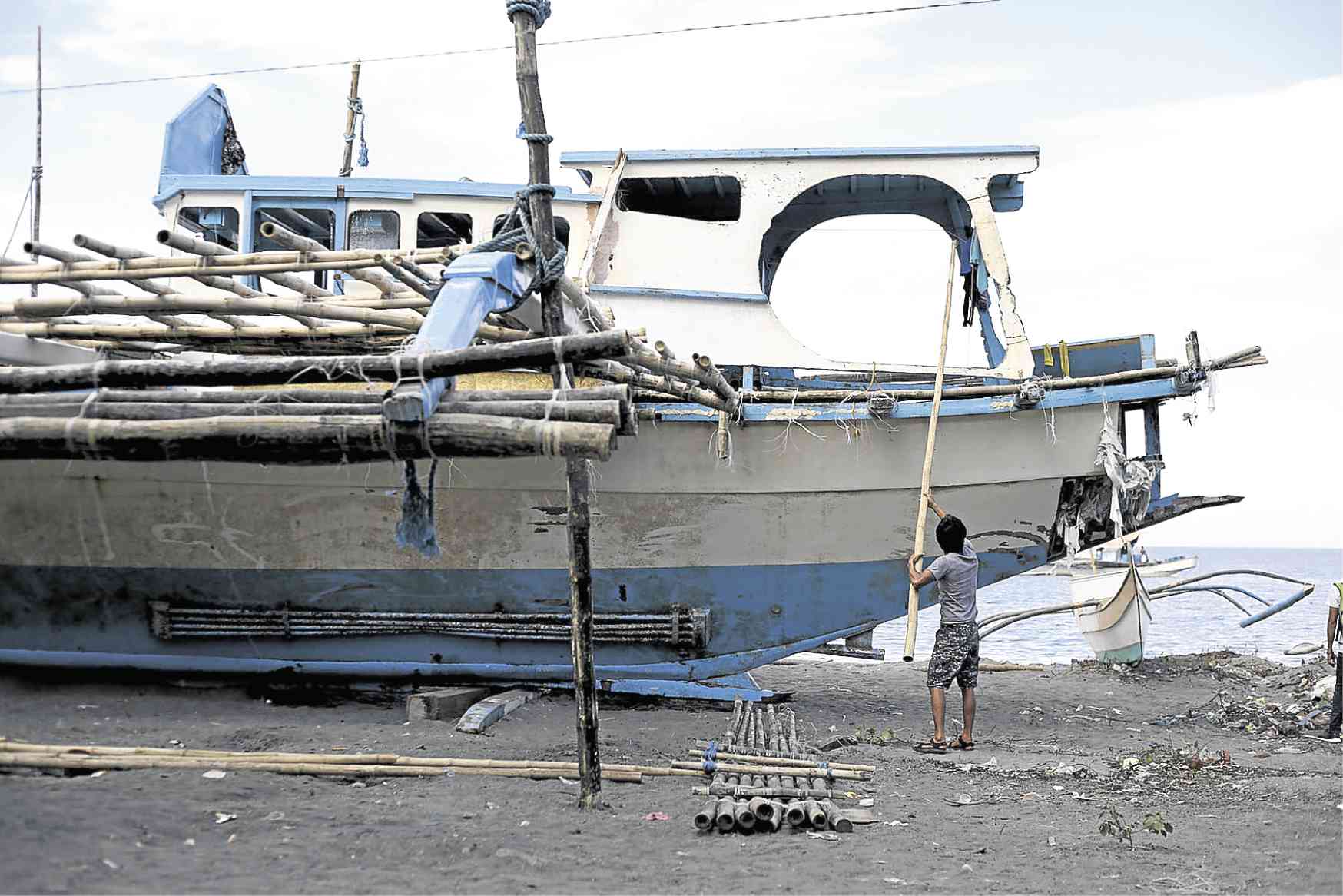 The fishing boat Gem-Ver 1, which sank after it was hit on the stern on the night of June 9 by a Chinese trawler supposedly fishing at Recto (Reed) Bank, which is within the Philippines’ 370-kilometer exclusive economic zone (EEZ) in the West Philippine Sea. (Photo by RICHARD A. REYES / Philippine Daily Inquirer)

MANILA, Philippines—Malacañang on Tuesday suggested that China is in a better position to impose sanctions on the crew of a Chinese trawler that sank F/B Gem-Ver 1 in Recto Bank and left its crew adrift in the open sea for hours.

In a Palace briefing, Presidential Spokesman Salvador Panelo explained that it would be difficult for the Philippine government to sue the Chinese crew as they have yet to be identified a month after the incident.

Panelo said it would be easier for the Chinese government to identify the Chinese crew as they have jurisdiction over them.

President Rodrigo Duterte on Monday said government will wait for China’s findings on the incident before the two nations decide which one is in a “better position to assert justice.”

The President issued the statement after he reportedly received the results of the joint investigation report of the Philippine Coast Guard (PCG) and Maritime Industry Authority (Marina).  (Editor: Mike U. Frialde)