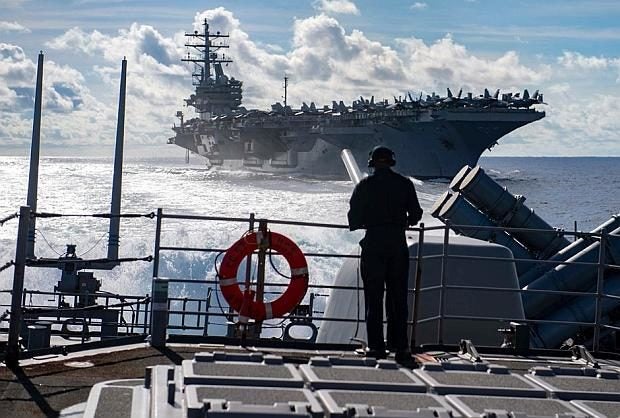 MANILA, Philippines — President Rodrigo Duterte on Monday issued another challenge to the United States to keep China off the disputed areas of South China Sea, asking the western superpower to deploy its Seventh Fleet in the disputed territories.

“That’s why I have a proposal,” the President, speaking partly in Filipino, told reporters in Malacañang. “If America really wants to drive away China, which I can’t do, I’ll ask for its help. I want the whole of the Seventh Fleet of the Armed Forces of the United States there.”

The Seventh Fleet is part of the US Pacific Fleet based in Japan and is among the largest forward-deployed US fleets.

The President made this proposal after asking its long-time military ally to “fire the first shot” and declare war against China over its long-standing maritime dispute with its neighbors and its militarization in the disputed areas.

In a speech last Friday, July 5, in Leyte, the President said: “Fire the first shot, and I’d be glad to do the next. We have a US-RP pact. Then let us honor it. Do you want trouble? Okay, let’s do it.”

READ: Duterte dares US to declare war on China

The Philippines and US have a decades-old Mutual Defense Treaty, obligating each country to support the other in case it is attacked by another country.