MANILA, Philippines — The official report on the joint investigation done by the Philippine Coast Guard (PCG) and Maritime International Authority (Marina) on the June 9 Recto Bank (Reed Bank) incident in the West Philippine Sea is a “fair assessment,” according to Jay Batongbacal, director of the University of the Philippines Institute for Maritime Affairs and Law of the Sea.

“In my reading of the report, it’s a fair assessment based on the facts that were available to them,” Batongbacal, speaking partly in Filipino, said at the weekly Saturday Forum at Annabel’s Restaurant in Quezon City.

The report concluded that the Chinese vessel involved in the incident failed to conduct preventive measures to avoid hitting Filipino fishing boat Gem-Ver 1. 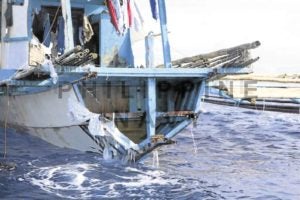 The report also pointed out that the Filipino fishing boat had its own shortcomings during the incident, such as failing to have a proper look-out and carrying persons beyond its authorized capacity.

Batongbacal noted that the report only looked into the issue of maritime safety — not on poaching of marine resources done by the Chinese vessel on Philippine waters.

That issue, he said, should be handled by the Bureau of Fisheries and Aquatic Resources (BFAR)).

“There’s a report and an admission that illegal foreign fishing took place at Reed Bank. Action should be taken on this,” Batongbacal said.

He took pointed out that the 22 Filipino crew members of Gem-Ver 1 learned their trade without thorough training.