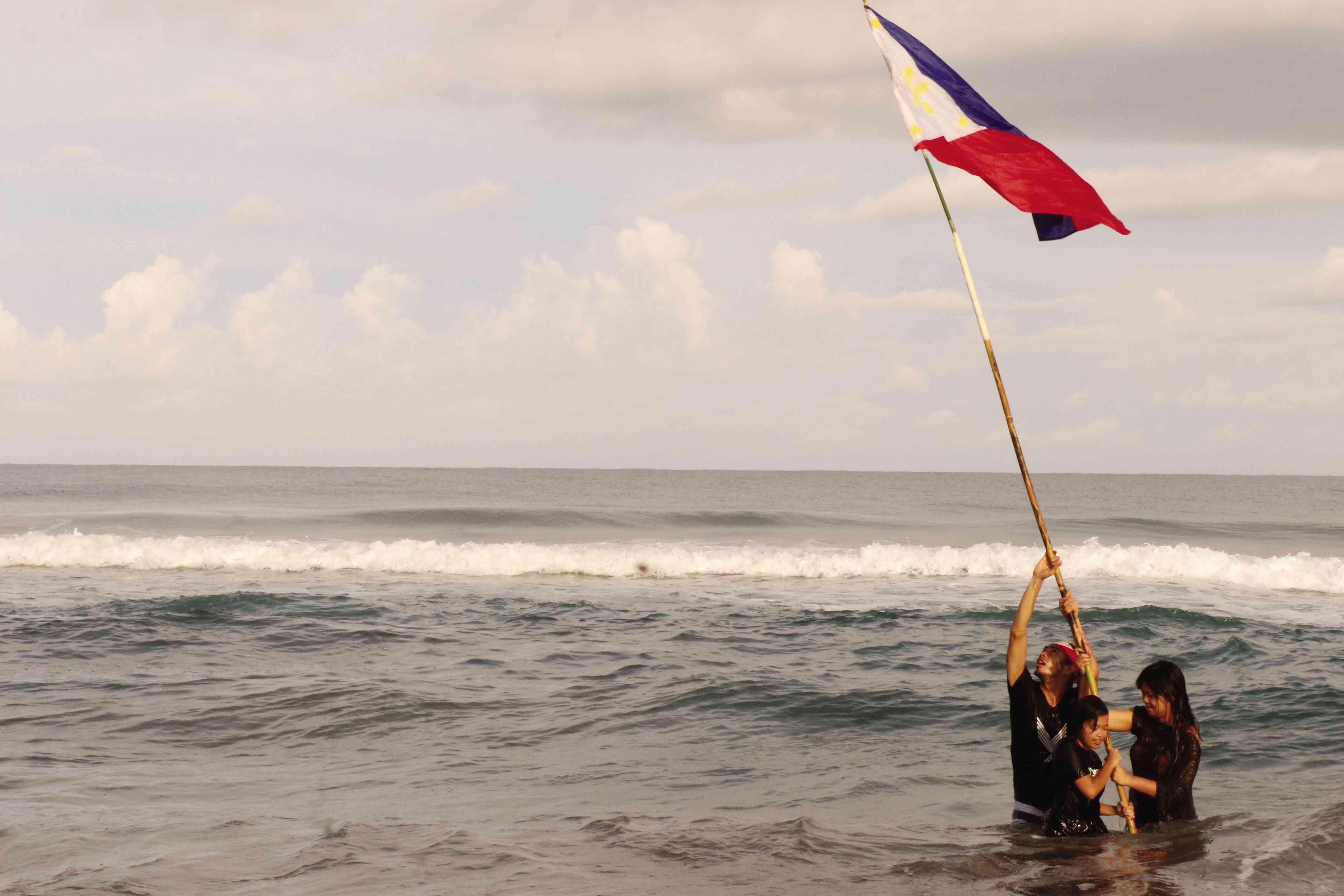 Surfers in Zambales province raise and wave the Philippine flag in the West Philippine Sea to express their resolve to protect the country’s territory. —CONTRIBUTED PHOTO

MANILA, Philippines — Seven months ago, Malacañang belittled the ruling of the Permanent Court of Arbitration (PCA) in The Hague saying it is “useless as there is no country or body on earth that can enforce” it against China.

On Friday, Malacañang seemed to be making a sharp U-turn.

Presidential Spokesperson Salvador Panelo said the 2016 arbitral decision that validated the Philippines’ claims on the disputed territories in the West Philippine Sea is “not at all useless” because it gives Manila a “bargaining leverage” against Beijing in its claims in the South China Sea.

China claims all of the South China Sea through its nine-dash line policy, which the United Nations-backed arbitral ruling invalidated. PCA handed down its decision on the case filed by the Philippines against China during the administration of President Benigno S. Aquino III in July 2016, or weeks after Duterte assumed power.

But China has refused to recognize that historical decision, and Duterte chose to set it aside to foster warmer ties with the Chinese government.

Panelo, however, admitted that the Philippines has been having problems enforcing the arbitral ruling.

Panelo on PH arbitration case vs China: Who will enforce it?