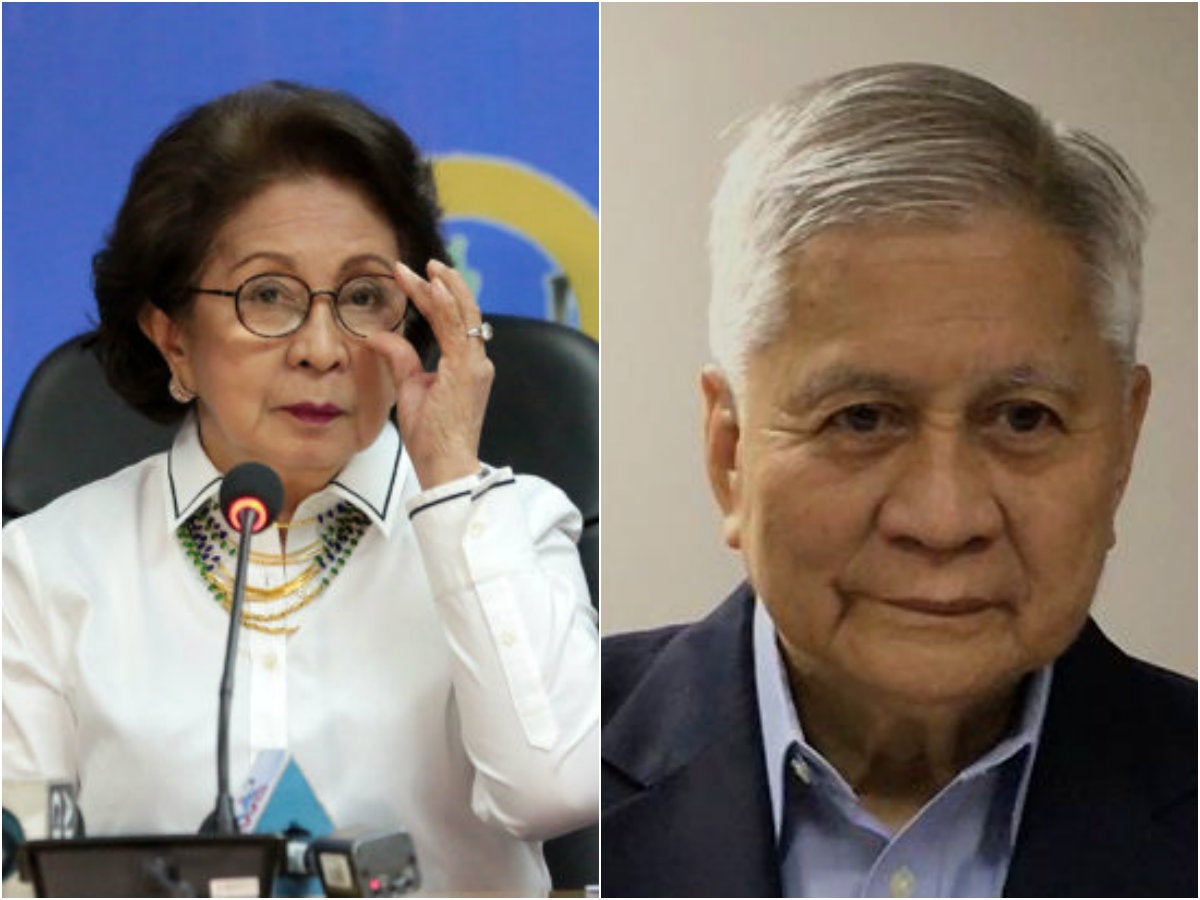 According to them, people can segregate their support for Duterte and the desire for actions against China’s militarization and intrusion of the West Philippine Sea.

“I think we all know that the President enjoys an 80+ rating, that he’s very popular.  But compared to, in the same survey, where (it was asked) are people happy about asserting our sovereignty in terms of this tribunal arbitral, nine out of 10 Filipinos would like the government its sovereignty,” he said.

“In fact if you go by percentages in rating, there are more who support the stand of those who abided on (the ruling) on our West Philippine Sea than the stand of the President,” Carpio-Morales added.

The former Ombudsman then claimed that Duterte appears to be more concerned with the “benefits” that the Philippines supposedly receive from China, rather than standing up for the West Philippine Sea issues.

“I think he is more concerned with the economic benefits, that he expects to drag by being friendly and being soft on China.  If there is any other benefit that the President aims to achieve, we don’t know,” she explained.

Del Rosario, on the other hand, clarifies that their criticisms are a form of encouragement for Duterte to do what is right.

“I would like to say to him that we’re here not to oppose his policies, but we are here to encourage him to do what is right, to remind him that our people should have primacy over China,” he added.

The views of Del Rosario and Carpio-Morales are supported by research findings.  Last January 2017, research firm Pulse Asia conducted a survey about the preferences on the Permanent Court of Arbitration (PCA) ruling, which disputed China’s nine-dash line claim.

Apparently, 84 percent of 1,200 adult Filipinos believe that the government, under Duterte’s administration, should uphold its rights on our territorial waters.

The study coincided with a separate survey of the President’s performance for the first quarter of 2017, where he registered a 78 percent approval rating.

Talks of using the PCA ruling peaked again after an incident between a Chinese vessel and a local fishing boat on June 9 in Recto Bank, which is located inside the country’s exclusive economic zone (EEZ).

The Filipino fishermen, whose boat sank after the mishap, were left at sea by the Chinese.

Duterte’s recent statements, where he said that China can be allowed to fish within the Philippine EEZ because the two countries are friends, also fueled discussions about the arbitral tribunal decision.

Earlier, Del Rosario said that Duterte can be impeached for that remark, as the 1987 Constitution mandates him and the military to protect the territory — which includes the EEZ. (Editor: Jonathan P. Vicente)

Out of friendship, PH will ‘tolerate’ China to fish in country’s EEZ – Palace

Del Rosario says Duterte can be impeached for not defending territory