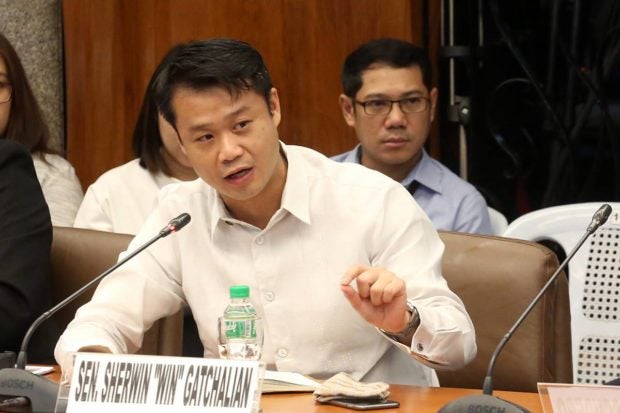 MANILA, Philippines — The collision between a Chinese fishing vessel and a Filipino boat in Recto Bank in the West Philippine Sea should be swiftly investigated and resolved, Sen. Sherwin Gatchalian urged Monday.

This, he said, would avoid politicizing the issue and give justice to the 22 Filipino fishermen affected by the incident, he said.

A Chinese vessel reportedly rammed and sank an anchored Filipino fishing boat and abandoned its crew.

[My call is to speed up the investigation so that those responsible could be punished. It’s important to resolve the issue quickly because it’s a sensitive one, and we want to give justice to the fisherman so that the issue would calm down.]

Earlier, Malacañang said the Chinese government was “seriously” and “thoroughly” looking into the incident.

Chinese foreign ministry spokesman Geng Shuang earlier accused the Philippines of “irresponsibly politicizing” the incident at Recto Bank, which he described as only an “ordinary maritime accident.”

READ: Palace hits back at China: PH not ‘politicizing’ sinking of Filipino boat

[That’s why it’s important that we resolve this so we could avoid further politicizing the issue.]