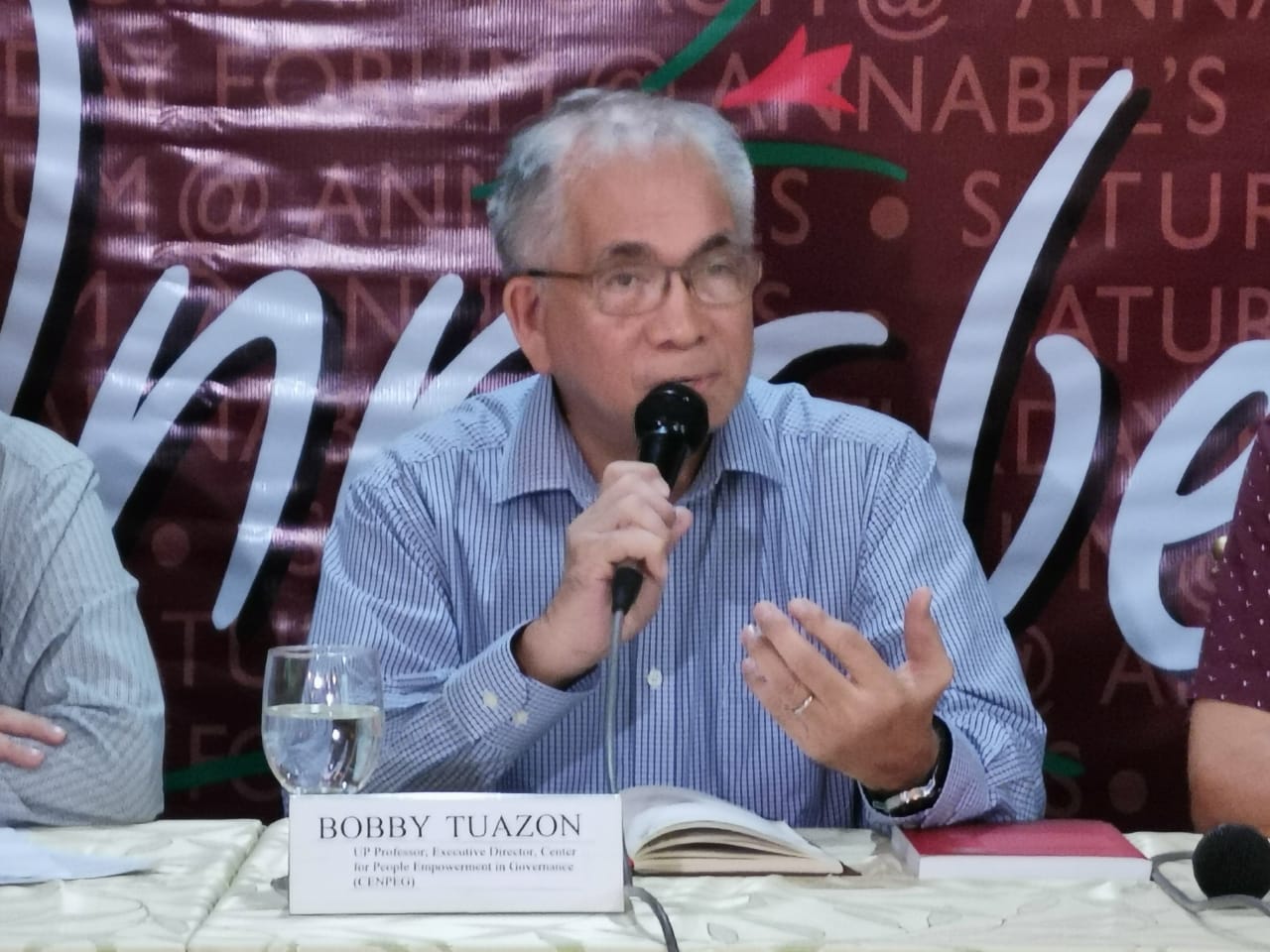 Univesity of the Philippines professor Bobby Tuazon on Saturday said that the issue on the Chinese vessel “collision” should be settled not through “quick” diplomatic protests. Katrina Hallare/INQUIRER.net

MANILA, Philippines — The issue on the alleged “hit-and-run” incident involving a Filipino fishing boat and a Chinese vessel should not be settled by a “quick” diplomatic protest, a professor of international relations said on Saturday.

“It should be settled not just through quick diplomatic protest or diplomatic act by the Philippine government,” University of the Philippines (UP) professor Bobby Tuazon told a Quezon City media forum.

Tuazon also serves as the executive director for the Center for People Empowerment in Governance (Cenpeg).

Tuazon added that to prevent such issues from repeating in the future, China and the Philippines will have to make use of bilateral consultative mechanisms (BCM) and the proposed South China Sea Code of Conduct.

The South China Sea Code of Conduct is being drafted between the members of the Association of Southeast Asian Nations (Asean) and China as a model to manage maritime and territorial disputes in the marginal sea.

“But the question is the fact that it concerns two countries. And the Philippines is slow in settling those issues,” Tuazon added.

“The BCM should be as constant as possible and that this should be quickly settled and dapat merong mutual approach no how to deal with this incident, “ the UP professor said.

When asked how to resolve the issue quickly as the BCM happens only once a year, Tuazon said, “They don’t have to wait for that.”

“In fact, they can advance the BCM,” Tuazon said.