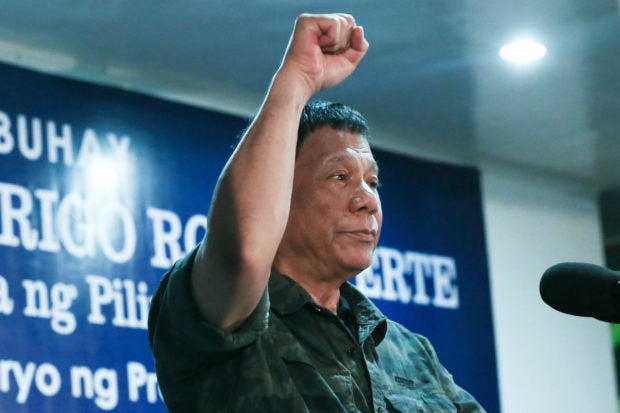 MANILA, Philippines – President Rodrigo Duterte has made no public condemnation on the sinking of a Filipino boat near Recto Bank (Reed Bank) in the West Philippine Sea.

The fishing boat that was anchored was hit by a suspected Chinese vessel which then abandoned the 22 Filipino fishermen as it sank in the disputed sea.

Duterte’s trusted aide Christopher “Bong” Go earlier told INQUIRER.net that the Defense Secretary Delfin Lorenzana already briefed the President on the incident when they were in Lanao del Sur in Mindanao on Wednesday.

While Presidential Spokesperson Salvador Panelo said Malacañang condemned the incident, Duterte made no mention of the Filipino boat’s sinking in his speech at General Santos.

“Whether it’s a form of bullying or not, it’s outrageous, it’s barbaric, it’s uncivilized and we’re condemning it,” Panelo said.

In his speech, Duterte talked about the communist rebels, drug war, the Kapa investment scam, the Canada trash but was silent on the collision incident.

Defense Secretary Delfin Lorenzana on Wednesday said 22 Filipino fishermen were left at sea after the Chinese vessel that hit their boat left them.

A Vietnamese vessel rescued them instead.

Duterte’s silence on the Recto Bank was in stark contrast to his outburst when he threatened to declare war against Canada over the tons of trash illegally shipped to the Philippines.

In his previous speeches, Duterte also repeatedly lambasted the United Nation and European Union officials for criticizing his government particularly his war on drugs.

READ: Duterte: US, UN, EU not brighter than me

The United States also became Duterte’s favorite punching bag in his speeches for allegedly interfering in the country’s domestic affairs./ac

READ: Duterte hits US: You don’t have word of honor