DFA to Filipinos in HK: ‘Exercise extreme caution’ amid protests 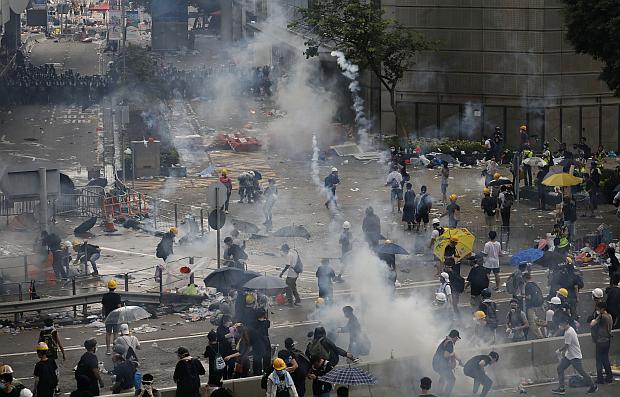 MANILA, Philippines — The Department of Foreign Affairs (DFA) has cautioned Filipinos in Hong Kong amid ongoing mass protests there.

In a statement issued on Wednesday, the DFA urged Filipinos to “exercise extreme caution and vigilance.”

“The Philippine Consulate General in Hong Kong released an advisory, asking Filipinos there to keep away from demonstration areas which are generally concentrated outside the government central offices, particularly the Legislative Complex, in Admiralty and in Tamar Park,” the DFA said.

The Consulate General also advised the public to consider rescheduling their consular transactions unless their need was “absolutely immediate.”

The Consulate General “is located very near the demonstration areas.”

It advised the Filipino community “keep themselves updated with the security situation in Hong Kong as of this time through media reports” as it expressed readiness to provide assistance.

Consul General to Hong Kong Antonio Morales said his office would continue to monitor the situation and would provide public advisories as often as necessary.

Earlier, Agence France-Presse reported that demonstrators flocked to the streets to protest “a controversial bill that would allow extraditions to mainland China.”

READ: Battle for the soul of a city — Hong Kong’s protests explained