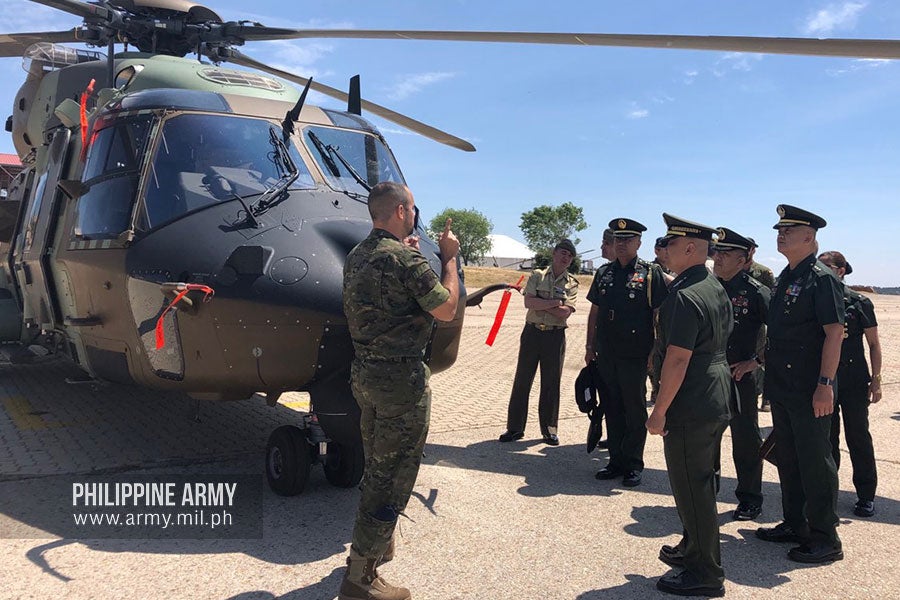 MANILA, Philippines — The potential of increasing defense ties between the armies of the Philippines and Spain was among the issues discussed during the recent visit to Spain of Philippine Army chief Lt. Gen. Macairog Alberto.

He was the first Philippine Army general to be invited and given honors by the Spanish Army, said Army spokesperson Lt. Col. Ramon Zagala.

The Philippines was a colony of Spain for almost 400 years until 1898 with Spain’s defeat in the Spanish-American War.

Alberto was in Madrid, Spain from June 4 to 11 to explore efforts on training and education that will enhance joint operation capabilities of the two armies.

The Philippines and Spain signed a memorandum of understanding on military training more than a decade ago which allows Filipino officers to study in Spain.

“We are still continuing our MOU on studies. We send officers in their command staff school,” he said.

Zagala said both armies are “slowly” building their defense ties.

Alberto also paid a visit at the Fuerzas Aeromóviles del Ejército de Tierra, the Helicopter Command of the Spanish Army, which opened the opportunity to discuss the Philippine Army’s interest in improving its aviation battalion.

“The 5-year Army Aviation Capability Development Plan has started this year, paving the way for the integration of the Army Aviation Force Structure and the subsequent activation of the 1st Aviation Regiment before this year ends,” Zagala said in a separate message to reporters.

He added that Spain’s Expal also won the bidding to provide the Philippine Army with 155 mm and 105 mm artillery. (Editor: Mike U. Frialde)