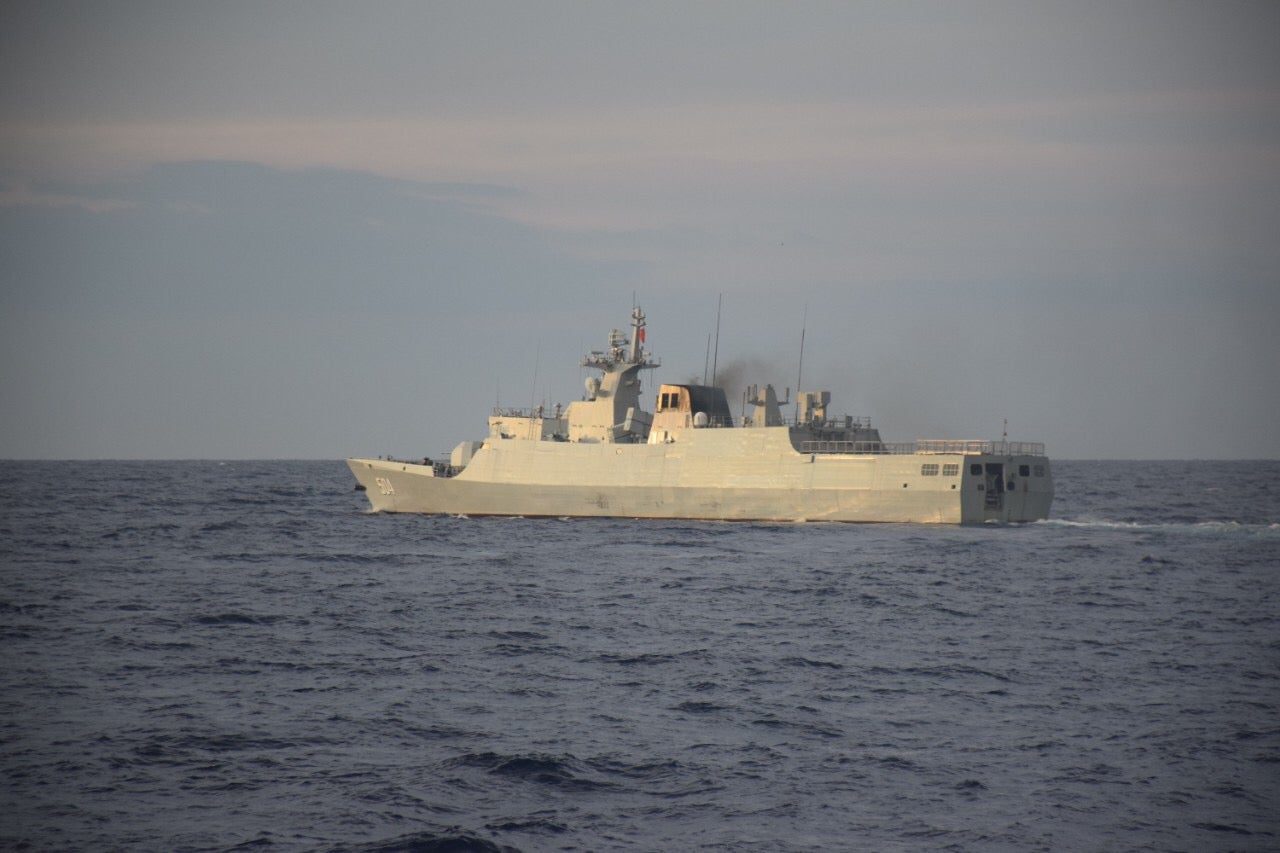 MANILA, Philippines — The presence of China Coast Guard ships has been a common sight in Scarborough Shoal. But a warship was also spotted in the Philippine Coast Guard’s most recent patrol.

Aside from the warship, two Chinese Coast Guard ships and two militia boats were spotted within 12 nautical miles of the shoal.

Aside from the usual Chinese coast guard ships, the Philippine Coast Guard spotted a Chinese navy warship (Hull No. 504) in its latest patrol in Scarborough Shoal (Photos from PCG) pic.twitter.com/rdnRNa0D5R

The People’s Liberation Army-Navy warship with hull no. 504 is a Type 056A Jiangdao corvette.

Three large Filipino fishing vessels were also seen. Balilo said the fishermen were delighted by the presence of the Philippine Coast Guard.

“Aside from China Coast Guard’s regular interrogation about our presence in the area, there was no untoward incident during the patrol,” Balilo said.

The shoal was a site of a standoff in 2012 between Philippine and Chinese government vessels. Since then, China maintained its presence there with its coast guard ships. (Editor: Julie Espinosa)