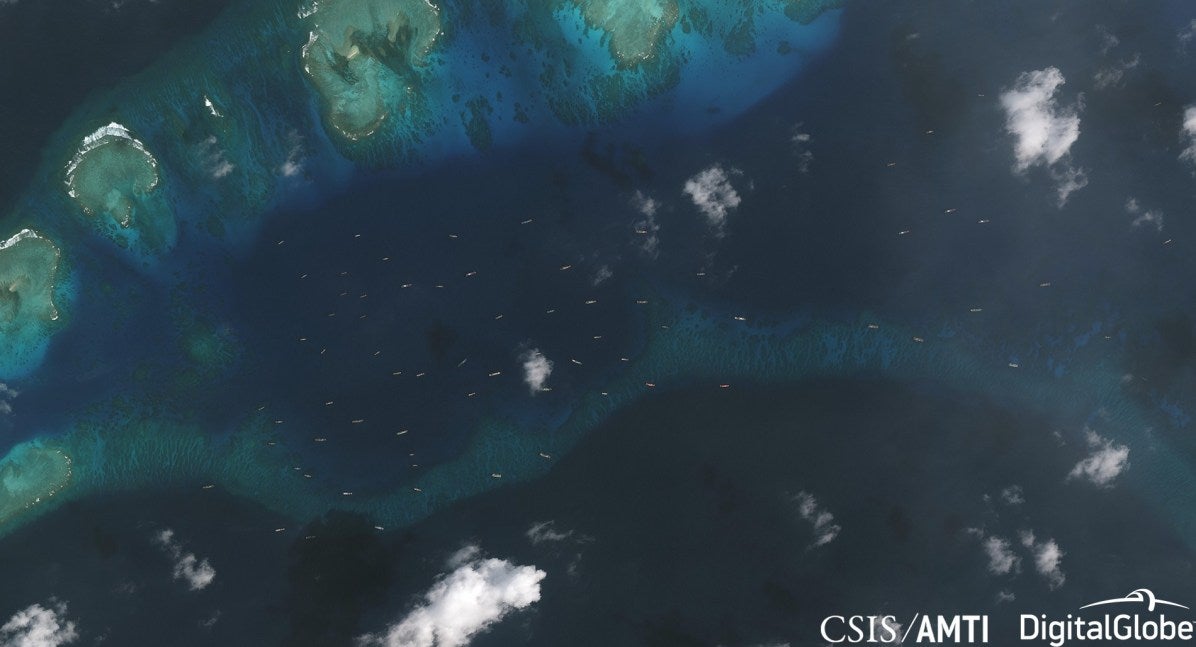 MANILA, Philippines — The military is currently in the process of confirming the claim of Philippine special envoy to China Ramon Tulfo that a hundred Chinese vessels have already been withdrawn from Pag-asa Island in the West Philippine Sea.

“The reported number of 100 is yet to be confirmed by our units in the area, particularly CJTF West/ CNFW,” Western Command chief Vice Adm. Rene Medina told Inquirer.net on Friday.

Tulfo wrote in his Manila Times column on Thursday that 100 Chinese boats have been pulled out near Pag-asa as an “initial gesture to win the trust and confidence of the Philippine government.”

While there was a “significant improvement” in the reduction of Chinese vessels near Pag-asa even before the midterm elections in May, Medina said that some of these Chinese fishing vessels were monitored to be moving to other Philippine-occupied outposts Kota and Panata Islands.

He could not, however, immediately provide figures.

While they don’t know the real reason in the decrease of the number of vessels near Pag-asa, Medina said it could be a result of the recent meeting between President Rodrigo Duterte and Chinese President Xi Jinping on the sidelines of the Belt and Road Forum in April.

It was in the same month that the Philippines filed a protest on the reported presence of a large number of Chinese vessels around the sandbars near Pag-asa, the only Philippine outpost with a civilian community.

Dozens of Chinese fishing vessels have been earlier reported to be staying near Pag-asa on a daily basis since January, which have accumulated to 275 boats in total for the first quarter.

Analysts have been saying that these boats are military-controlled, only posing as fishing vessels and deployed in huge number to intimidate claimants in the South China Sea.

“Why have they been deployed in the last six months around Pag-asa to begin with? How long before they come back?” he said in a roundtable discussion hosted by Stratbase ADR Institute.