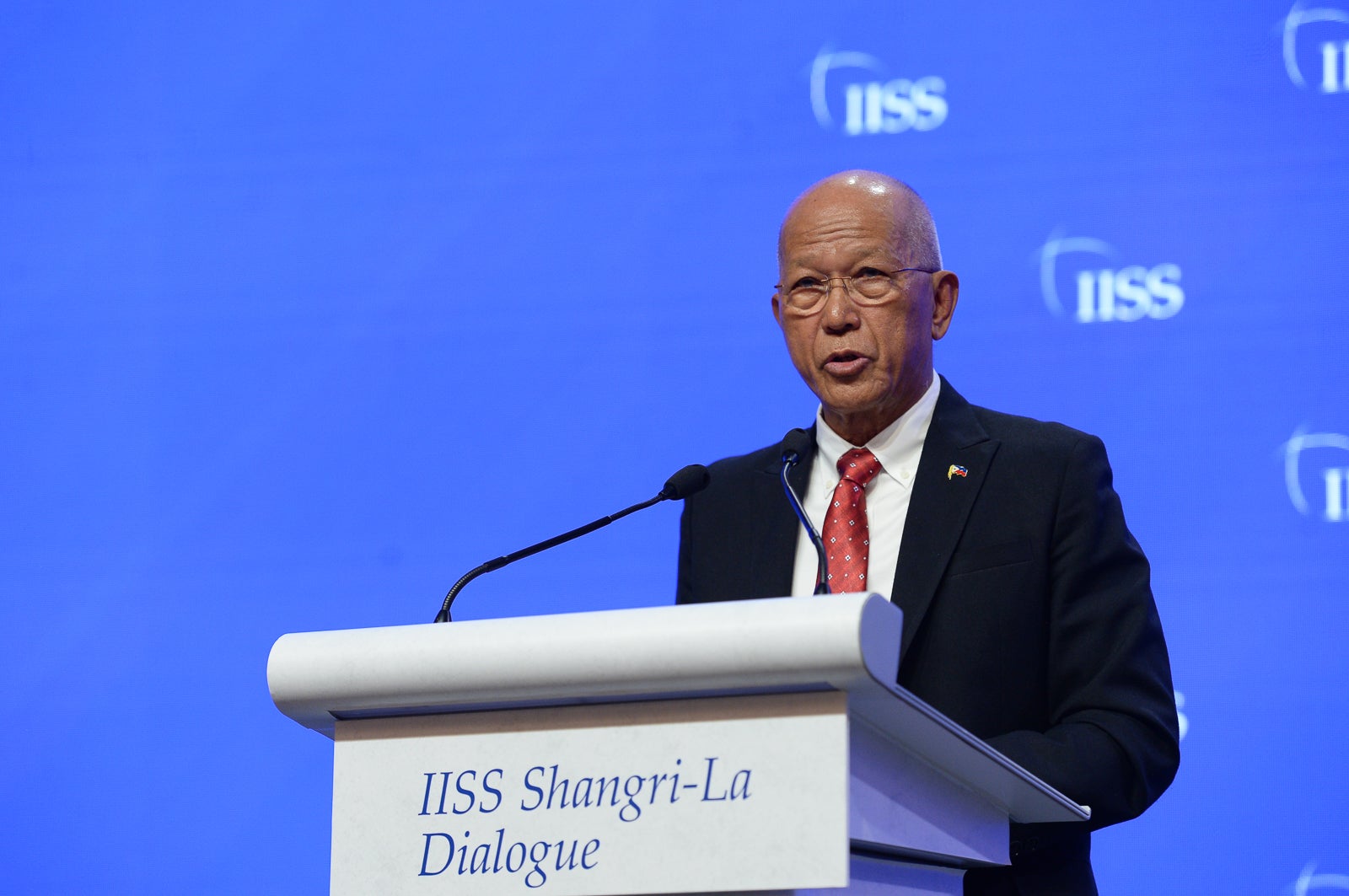 MANILA, Philippines — Defense Secretary Delfin Lorenzana on Sunday stressed the importance of managing tensions in the region to avoid “sleepwalking into another international conflict.”

Speaking in Singapore for the Shangri-la Dialogue, one of the world’s biggest security forums, the Defense chief said that the world is currently on a “seismic geopolitical shift that is changing the very fabric of international relations.”

The forum was dominated by the US-China geopolitical tug-of-war, which has been a source of tension and anxiety in the region over the past few months.

As described days ahead of the forum by William Choong, a senior fellow at the Shangri-La Dialogue, the presence of US and China was “a clash of two visions – the US/Japan-led ‘free and open’ Indo-Pacific and China’s ‘Asia for Asians’.”

“The consequence of such seismic geopolitical shift is a troubling form of ‘superpower rivalry,’ which has now extended, to the anxiety of many in the region, even to the realm of trade, investment, and cyberspace,” Lorenzana noted.

“With the untethering of our networks of economic interdependence, comes growing risk of confrontation that could lead to war. Our greatest fear, therefore, is the possibility of sleepwalking into another international conflict like WW1,” he also said.

The actors in the Indo-Pacific region must have a serious discussion to avoid conflict and manage tensions, he pointed out.

“This is where it’s crucial for us, all of us, to continue institutionalizing, upgrading, and expanding a whole range of confidence-building measures, which could help major powers find an optimal set of mechanisms for conflict avoidance. War benefits no one. Avoiding it is everyone’s shared responsibility,” Lorenzana said.

This is most especially important in potential flashpoints such as the South and East China Seas, where the risk of miscalculation is rising on a daily basis, he added.

Lorenzana further expressed his support to freedom of navigation and overflight as part of regional peace and security.

“In our view, no single power should exercise unilateral control over vital arteries of global trade, such as the South China Sea,” he said.

He then pushed for speedy conclusion of the Code of Conduct in the South China Sea as well as the joint exploration and environmental protection activities.

“The Philippines believes that China as well as other claimants should finalize a robust, mutually-beneficial and inclusive Code of Conduct in the South China Sea, which would protect the interests of all relevant players as well as preserve freedom of navigation and overflight,” Lorenzana said.

“In more concrete terms, we should consider joint exploration activities as well as environmental protection regimes, which ensures the equitable, just and lawful exploration, usage, sharing of hydrocarbon reserves and preservation and protection of marine resources,” he added. (Editor: Katherine G. Adraneda)