PH, Canada ties to return to ‘normal’ as tons of trash return to Ottawa 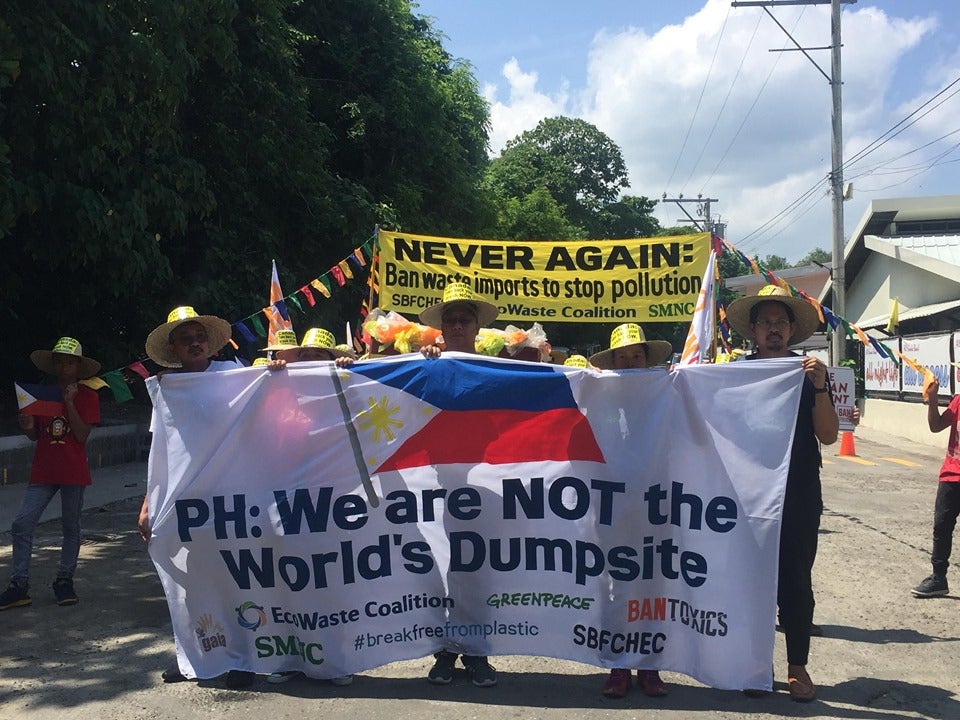 Caption. Various environmental groups led by the Ecowaste Coalition troop to Subic Bay Freeport as the container ship MV Bavaria is expected to arrive there to fetch the container vans loaded with trash from Canada. Photo by Joanna Rose Aglibot

TOKYO — Diplomatic relations between the Philippines and Canada is expected to return to “normal” after tons of trash are finally returned to Ottawa, Malacañang said Thursday.

Presidential Spokesperson Salvador Panelo said Foreign Affairs Secretary Teodoro Locsin Jr. told him the unwelcome garbage would be sent back to Canada on Friday, May 31.

“He (Locsin) said not today but tomorrow because the arrival of the boat has been delayed,” Panelo told reporters here.

“What is important is the trash will be shipped, brought back to them,” he added.

According to Panelo, what was important for the President was for the garbage to be shipped back to Canada.

“Para sa kanya what is important is matanggal na ‘yan,” he said.

The Palace official said the return of the Canada trash was “definitely” a welcome move for Malacañang.

“Definitely [it’s a welcome move]. The Canadian government will shoulder all the expenses from the time the trash is shipped out from the Philippines,” he noted.

Asked if the return of the trash would “normalize” diplomatic ties between the Philippines and Canada, Panelo said, “Hopefully because that triggered the disruptive relations.”

The President earlier threatened war against Canada if it would not take back the garbage it sent to the Philippines six years ago.

Malacañang also had warned that Manila would sever diplomatic ties with Ottawa because of the trash issue.

The Philippine government had earlier recalled its ambassador and consul generals in Canada.

Panelo said they would “most likely” return after the trash is finally shipped back to Ottawa. (Editor: Katherine G. Adraneda)